The highest-specked Android to come out of Google as of its market entry, the Google Pixel 3 XL upgrades a lot of the plain Pixel 3's specs and consequently finds itself alongside some of the most-advanced phablets of its time. That being said, it still lacks a microSD card slot

and is limited to a 128GB (or 64GB, depending on the variant) native memory 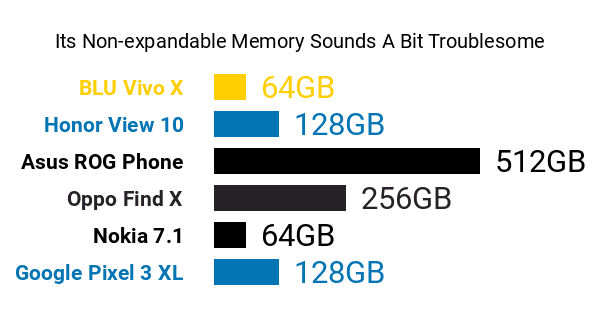 Don't Buy The Google Pixel 3 XL Before You Check:

(LPDDR4x), knowing that 6GB or premium-class 8GB-RAM smartphones were starting to take over the flagship Android market as of this Phonerated review of the Pixel 3 XL's pros and cons. It's not all that disappointing hardware-wise though, since it is powered by Qualcomm's Snapdragon 845 chip, which is a split-octa-core processor clocked at 2.5GHz + 1.6GHz

. This XL model also comes with a bit more battery power than its little brother, at 3430mAh. 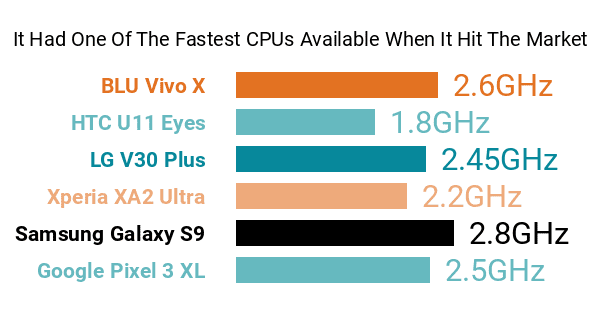 , and a VR-worthy 523ppi pixel density count. Speaking of VR, it joins our list of VR-ready smartphones by offering VR content -- mainly through Google's self-branded Daydream View headset. Its screen also comes with an impact-resistant Corning Gorilla Glass 5 as well as support for HDR content. 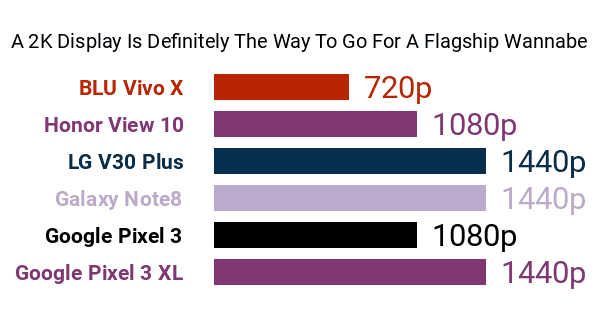 As for imaging, it touts similar cameras as the Pixel 3. Perched at the back is a 12.2-megapixel dual-pixel 4K-video-capable primary cam

, one being a 97-degree wide-angle cam and the other a standard-angle f/1.8-aperture lens.

, and soft-touch Gorilla Glass 5 backing married to its aluminum frame. It is one of the first Androids to run on Android 9.0 Pie out of the box and it is offered in Clearly White, Just Black, and Not Pink.

All said, Google pitches a fairly-ambitious 2018 phablet with the Pixel 3 XL, which seems to be tailored to multimedia junkies and mobile photographers.

It is touted as a rugged phone (more sturdy, better water-resistance, etc).

Its processor speed of Quad 2.5GHz (+Quad 1.6GHz) combined with 8 cores is part of the fastest.

It features the Miracast technology, a system that lets you share your display with a TV