Motorola One Action Review of Pros And Cons


Part of Motorola's family of 2019 One models, the Motorola One Action comes with mid-level hardware pros and cons only, which means that it will not find itself among the fastest Android phones listed here on Phonerated. It has a 2.2GHz eight-core Samsung Exynos 9609 processor

coupled with no more than 4GB of RAM

, while some of its contemporaries run on at least 2.5GHz chips and pack 6GB's worth of RAM.

Don't Buy The Motorola One Action Before You Check:

, if only because a few similarly-specked phones lug 4500mAh cells, which were obviously surefire pros as of this specs-driven review. 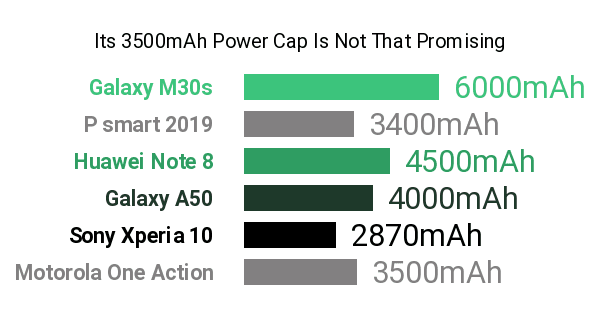 Those cons aside, the One Action has just the right elements to rub elbows with some of the leading phablets on the market. It touts a 6.3-inch IPS display whose 21:9 aspect ratio

was among the widest around the time of its market entry. It has a respectable Full HD+ resolution of 2520 x 1080 pixels and it comes with intuitive display functions like Attentive Display and lift-to-unlock. 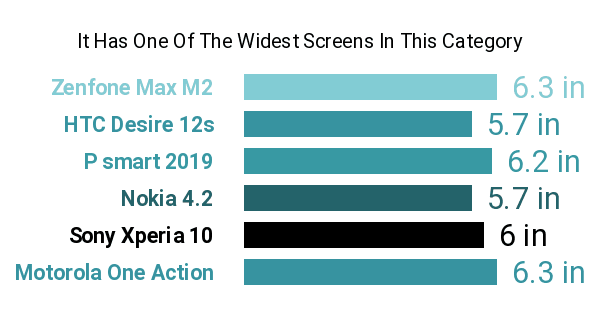 Compared to the best photography smartphones out there, the One Action possibly holds its own ground just fine, seeing that it rocks a triple camera setup

consisting of a 12-megapixel 4K-video-capable main cam, a 16-megapixel wide-angle cam carrying the brand's Quad Pixel technology (This lens has large 2-micron pixels), and a 5-megapixel depth cam for things like bokeh photography. Its 12-megapixel front-facing sub-cam is not too bad either, although a few 2019 releases from competing brands with roughly similar pros and cons bluster with at least 20-megapixel selfie shooters.

The One Action features both a facial recognition system and a fingerprint scanner for security, while the Dolby Audio technology

headlines its music-playing capabilities. It is offered in Denim Blue and Pearl White.

So, although it has a couple of cons on the hardware front, the One Action makes for a fitting phone for photography and videography enthusiasts eying a wide-screen model.

** This phone is also known as: Motorola Action