Nokia's 2019 2.3 is a budget-class 6.2-incher whose inherent cons include its lack of support for NFC (Near Field Communication)

, which was considered a somewhat staple smartphone facet around the time we were reviewing its specs. Its unimpressive features also include a 2GHz-only eight-core engine MediaTek Helio A22 engine

that pales in comparison to the processors used by some of the fastest smartphones listed here on Phonerated. Also, it comes with no more than 2GB of RAM

, whereas a good number of similarly-sized models pack at least 3GB on that front. 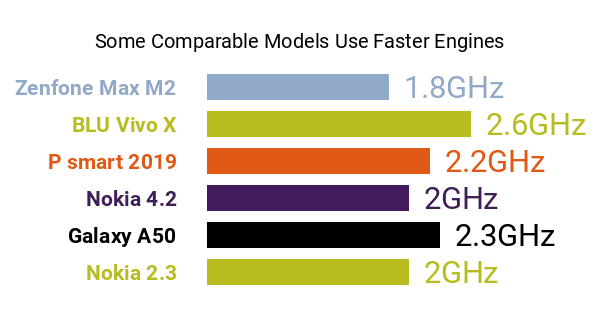 Don't Buy The Nokia 2.3 Before You Check:

Also on board is a 4000mAh battery

that sounds rather hefty, considering its aforementioned middling hardware pros and cons -- check out some of the best big-battery phones here. As for storage, it comes with only 32GB of internal memory that can at least be expanded by a maximum of 512GB. 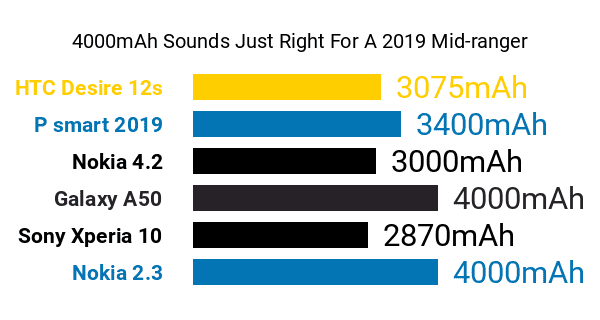 Among the 2.3's pros is a dual-lens camera

consisting of a 13-megapixel primary lens and a 2-megapixel depth-sensing lens, the latter being tailored to portrait photography. Sadly, though, it opts for a basic 5-megapixel-only selfie camera

that sounds mundane, at least by 2019 mid-level standards.

Also Check Out: The Best Phones For Imaging

with a 19:9 aspect ratio and a waterdrop notch design, although it stays within budget smartphone boundaries by sticking to a 1520 x 720 HD+ resolution only, instead of going for something like Full HD+ (1080p).

Joining the remainder of its pros and cons are a standard 4G-LTE network adapter and a 3D nano-textured cover that's offered in colors like Cyan Green and Sand. It runs on Android 9.0 Pie from the get-go and it comes with a dedicated Google Assistant Button.

All said, the 2.3 winds up as a solid choice for budget smartphone shoppers who want a large display coupled with a respectable battery life.