The Nokia 7.2 is a semi-high-end smartphone whose biggest cons seem to come from the hardware front. It runs on a Snapdragon 660 eight-core engine clocked at only 2.2GHz

, despite many other 2019-released models with roughly similar specs using at least 2.5GHz processors. Its 3500mAh-only battery power

does not impress us either, given the number of big-battery mid-rangers lugging at least 4000mAh cells. At the very least, it comes with a maximum of 6GB of RAM, which just about hits our sweet spot for 2019 middle-class models. 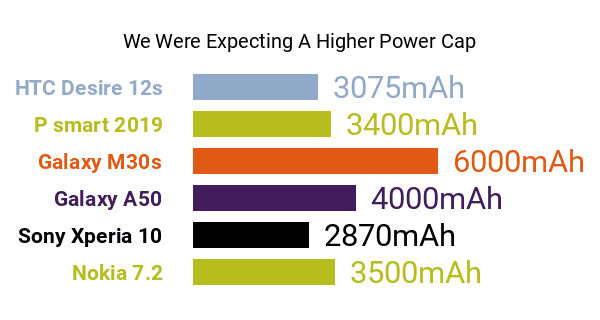 Don't Buy The Nokia 7.2 Before You Check:

As for its pros, the 7.2 leans heavily towards photography, touting a high-caliber 48-megapixel primary camera

alongside an 8-megapixel ultra-wide lens and a 5-megapixel depth-of-field lens. Its triple camera setup is infused with Nokia's signature ZEISS optics

for things like background blurring and its main lens has a 0.5-inch sensor

, which was among the largest around the time of this data-driven Phonerated review.

, which, just like its primary cam, features the brand's Quad Pixel technology, consequently calling up our list of the best selfie-first smartphones on the market. 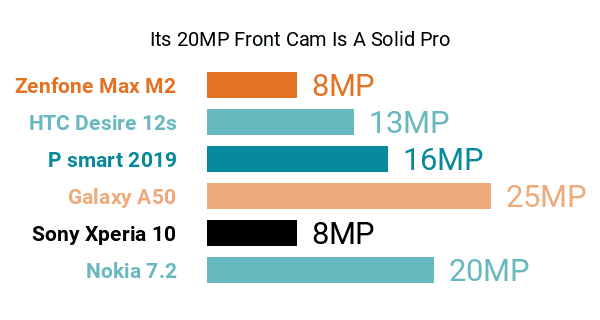 Its aforementioned front cam sits right atop the 7.2's 6.3-inch FHD+ (2280 x 1080) that, although falters compared to the screens of some premium-class models, delivers support for high-end HDR content. Its screen has an integrated fingerprint scanner, while the remainder of its body is made up of a polymer composite backing

, which Nokia claims to be twice as strong as regular polycarbonate and half as weighty as aluminum.

Topping off its list of pros and cons is either 128GB or 64GB of native storage, an external memory card slot for up to 512GB's worth of extra memory, and a dedicated button for Google Assistant. 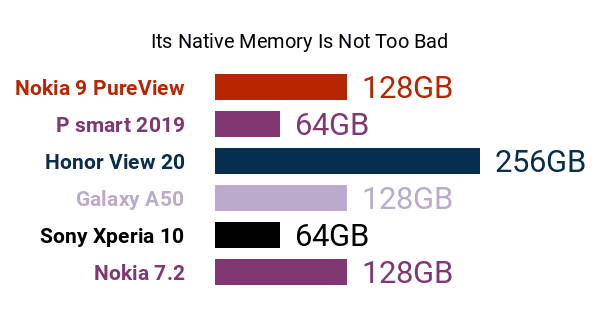 All said, Nokia's 2019 7.2 could appeal to budding mobile photographers who can live with middle-class hardware components only.