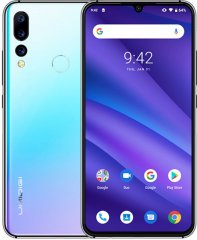 
A 2019 addition to UMIDIGI's A-series smartphone family, the A5 Pro's pros and cons cater to those eying a semi-high-end Android phone. Among its drawbacks are a relatively-weighty 203g body

, although the latter can at least be expanded by a comfortable 256GB. Like some of its eight-core cousins, this A-series model does not go for anything fancy, running on a mid-level 2GHz + 1.5GHz two-cluster octa-core Helio P23 processor coupled with a passable 4GB RAM. 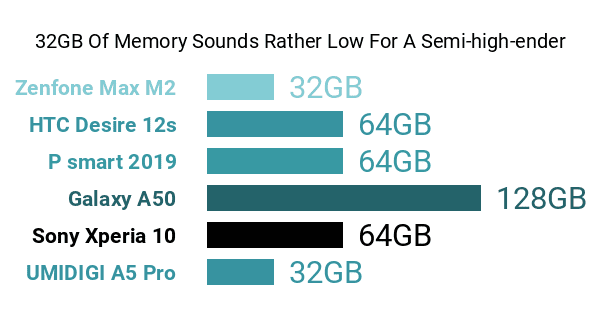 Don't Buy The UMIDIGI A5 Pro Before You Check:

Its hardware composition is not about cons, though, considering that it packs a sizable 4150mAh battery

promising a 2-day up-time on a single charge, while being infused with a 10W fast-charging system. 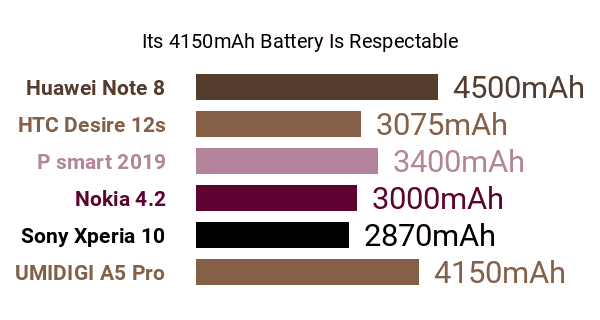 As for its other pros, the A5 Pro rocks a high-class triple-rear camera

that brings to mind Phonerated's list of the best smartphones for photography. It consists of a 16-megapixel f/1.8-aperture 6P-lens primary cam, an 8-megapixel 120-degree-angle cam for landscape shots, and a 5-megapixel depth-sensing camera. Also among its imaging specs are a dual-LED flash and standard face recognition. 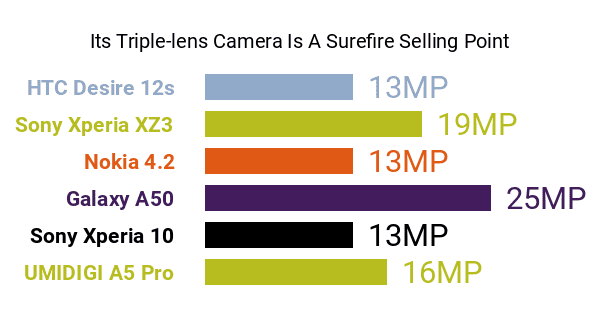 that just about lines up with those of some of the leading selfie phones available as of this review, although it does not quite have what it takes to go up versus some premium-class contenders. 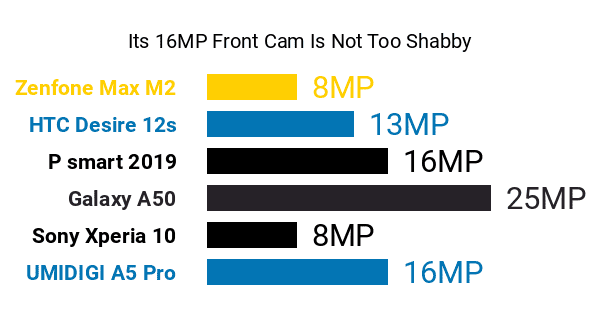 The A5 Pro touts a wide 6.3-inch In-Cell LTPS display with an expansive 19:9 aspect ratio and a 2280 x 1080 FHD+ definition. Its screen is coupled with either a Space Gray coating of a gradient Breathing Crystal finish, with 2.5D-glass panels on both sides of its body.

With the Android 9.0 Pie ecosystem tying all its pros and cons together, the A5 Pro caters to photography-driven shoppers in search of a semi-high-end smartphone.