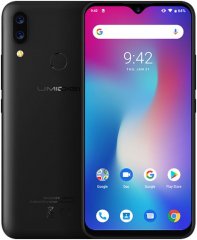 
As given away by its name, the UMIDIGI Power is a 2019-released smartphone banking on a large 5150mAh battery

that resembles those of the leading high-stamina smartphones of its generation, which are featured here on Phonerated. Its stamina-driven pros and cons are led by an 18W fast-charging technology. 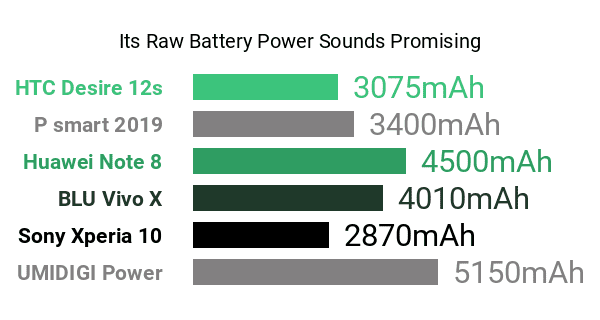 Don't Buy The UMIDIGI Power Before You Check:

This semi-high-end model still has its fair share of weak points, though, a couple of which are its 4GB-only RAM

, both of which shudder in comparison to the 6GB RAMs and 128GB storage caps offered by some of its UMIDIGI cousins accordingly.

Those cons aside, the Power's Helio P35 true-eight-core 2.3GHz processor

sounds like an appreciable pro to us, especially since a lot of its octa-core contemporaries settle for engines that peak at only 2GHz. 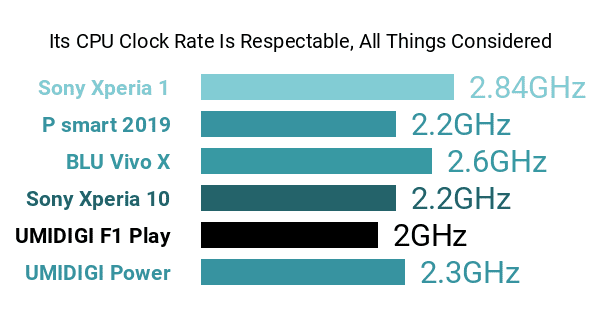 Still on its pros, the Power banks on a 16- plus 5-megapixel dual-lens primary camera

that's bedecked with a dual-LED flash and a 6-element lens architecture. It also brings to mind some popular selfie-driven smartphones by touting a 16-megapixel f/2.0-aperture front-facing camera

on its screen notch. 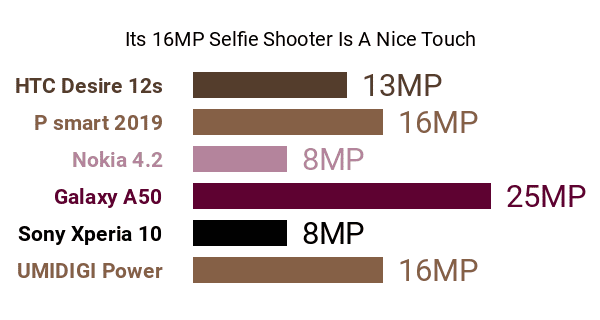 Speaking of screen, this phone sports a 6.3-inch In-Cell LTPS interface with a wide 19.5:9 aspect ratio

, a 2340 x 1080 Full HD+ resolution, and a decent (as of this specs-based review) 409ppi pixel density count. It comes with a waterdrop notch design and a dedicated reading mode. 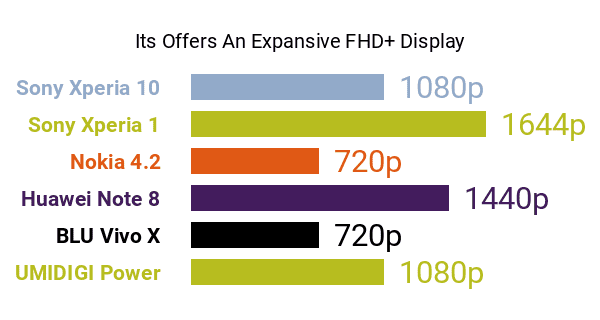 The rest of its pros and cons include a rear-mounted fingerprint reader, dual 4G VoLTE support (voice over LTE networks), and NFC support. Its is finished in either Black or Gold and it runs on the Android 9.0 Pie platform out of the box.

So, when it's all said and done, the UMIDIGI Power is a middle-class smartphone that primarily caters to battery-cautious shoppers who are inclined to mobile photography.