Essentially the unlocked version of the Blade 10 Prime carried by Visible, the ZTE Blade 10 features a budget-class mix of pros and cons that's focused towards photography and selfies. While you're here, feel free to check out Phonerated's list of the best selfie-first smartphones available.

Starting off with its drawbacks, this addition to ZTE's Blade series does not impress us hardware-wise, running on an octa-core 2GHz MediaTek P60 processor

and 3GB of RAM

. In comparison, a few 2019-released octa-core models with comparable camera setups (We'll discuss its cameras further down this specs review) run on 2.5GHz chips and pack at least 4GB of RAM.

Don't Buy The ZTE Blade 10 Before You Check:

Also, its 64GB internal memory is nothing worth calling home about, although we did not flag it as a con, considering its accompanying 2TB external memory ceiling

, which was among the highest top-up storage allowances on the market when it debuted.

This ZTE model's key pros include a dual-lens rear camera

consisting of a 16-megapixel f/1.8-aperture main lens and a 5-megapixel f/2.2-aperture sub-lens, with features like phase-detection autofocus (PDAF), electronic image stabilization (EIS), and 1080p video-recording leading the way. Up front, it touts a 16-megapixel selfie camera

whose pixel resolution is a bit higher than what several similarly-priced smartphones offer -- usually around 13 megapixels. 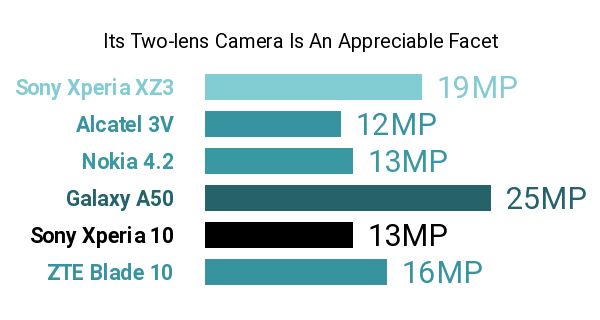 Going back under the hood, the Blade 10 is powered by a 3100mAh battery (3200mAh for the prepaid Blade 10 Prime), which we find fitting, at least relative to its aforementioned middling processing components. Also, it brings to mind some higher-class large-screen smartphones with its 6.3-inch 19:9 Full HD+ (2280 x 1080) display

, which has a water-drop notch design for its front cam. 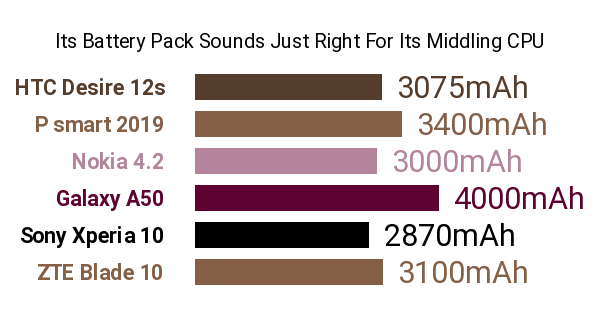 With a fingerprint scanner, NFC support, and the Android 9.0 Pie platform rounding out its pros and cons, the Blade 10 could appeal to budget smartphone shoppers who focus on photography the most.