BlackBerry stands as best-known for its full keyboard texting phones (and more recently, the BlackBerry 10 series).

Based on its aggregated rank of 86%, we conclude that the BlackBerry KEY2 is currently Phonerated's best BlackBerry phone 2020. Phonerated also concludes that our sample of 317 reviews from our sources gives us a high confidence level that prompts us to name it a "no-brainer best choice." 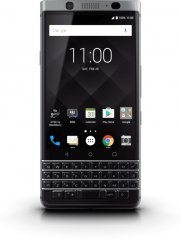 Based on 4 stars averaged over 397 reviews, we rank this BlackBerry model second best BlackBerry phone. * This choice (and the following members of this best models list), is based on a full computation of hundreds of reviews from multiple sources.

This smartphone is an attempt to merge Blackberry's signature usability-and-security-focused reputation with the popularity of Android and, as such, it chooses to be more on the low-key side as far as multimedia specs (such as the 12-megapixel camera and 1620 x 1080 display) are concerned.

Confidence
Level:
OK
Why is a higher score ranking under a lower score?

A watered-down version of the KEY2, the BlackBerry KEY2 LE is a middle-class business-first smartphone whose specs include a 35-key QWERTY keyboard, a 13- plus 5-megapixel dual rear camera, and a 1.8GHz + 1.6GHz dual-cluster eight-core engine. 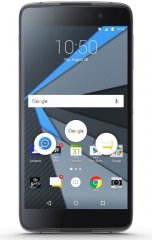 The 5.2-inch BB Neon (DTEK50) is an Android-run BlackBerry phone for business and security, featuring the DTEK privacy manager, the BB Enterprise business software suite, and high-end hardware, such as a 64-bit octa-core engine. 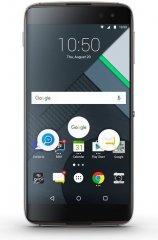 The DTEK60 is a high-specked BlackBerry smartphone that accompanies its DTEK software (for privacy risk management) with a Snapdragon 820 quad-core 2.15GHz + 1.6GHz processor, 4GB of RAM, and a 4K-video-recording 21-megapixel primary camera.