Essentially a version of the BV9500 with some upgraded hardware specs (We'll explore those further down this technical Phonerated review), the Blackview BV9500 Pro brings back the original model's mammoth 10000mAh battery

alongside both 12V/2A (wired) and Qi-standard (wireless) charging capabilities, easily rubbing shoulders with some of the leading high-stamina phones on the market. This Pro model also comes with a removable antenna in the package, obviously for improving signal reception when in remote places. 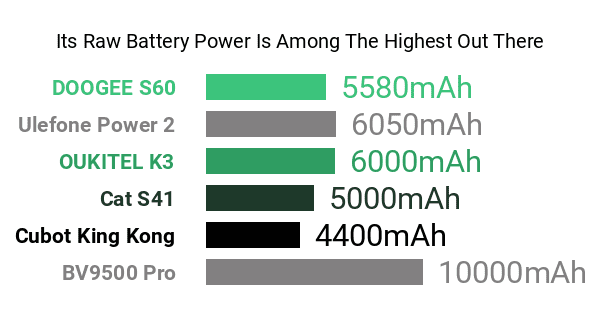 Don't Buy The Blackview BV9500 Pro Before You Check:

While it still weighs a cumbersome 356 grams

, the BV9500 Pro upgrades its base model's 4GB RAM and 64GB-only internal memory to 6GB

accordingly, the latter being accompanied by a microSD card slot for up to 128GB's worth of storage expansion. As for its engine, it brings back the BV9500's Helio P23 octa-core 2.5GHz processor

, a pro that made it one of the fastest smartphones around the time of its release.

Aside from its reassuring battery pack, this 2018 Blackview model also sounds grittier versus a lot of competing big-battery models, boasting IP68-grade water- and dust-proofing as well as a MIL-STD-810G certification

that makes its bulky body resistant to accidental drops and temperature extremes -- discover other rugged and waterproof phones here.

Heading over to its imaging features, this Pro version rocks a dual-lens rear camera

, which consists of an appreciable 16-megapixel primary lens and a rudimentary 0.3-megapixel-only (VGA) secondary lens

for depth analysis. Up front, it sports a 13-megapixel selfie camera that just about passed the mid-range benchmark for front-facing cams as of its 2018 Q4 market entry. 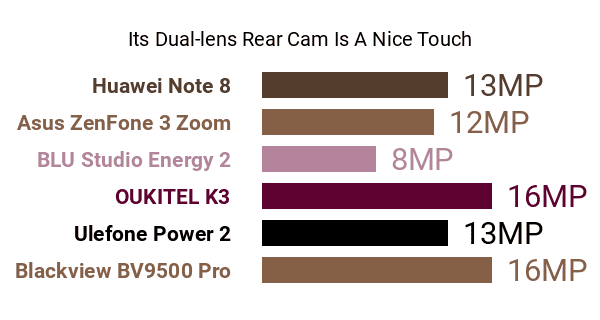 Joining its mix of pros and cons is a fingerprint scanner embedded into one of its edges, with a dedicated Push-to-Talk button perched on the opposite edge. Rounding out its feature set is a respectable 5.7-inch 18:9 Full HD+ (2160 x 1080) display finished with Corning's protective Gorilla Glass technology. 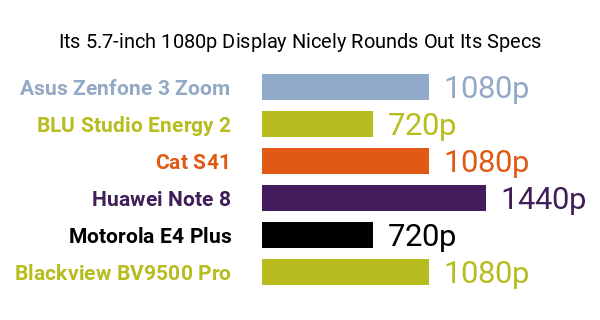 So, when it comes to pros and cons, the Blackview BV9500 Pro is a phone for adventurous users or field workers in search of a high-endurance smartphone that's ready for the great outdoors.