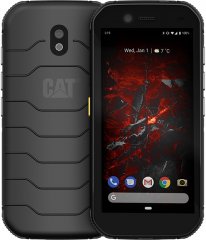 
A middle-class rugged smartphone, the Cat S32(')s pros and cons include an underwhelming (at least by the standards around the time of this technical Phonerated review) quad-core-only 1.8GHz Mediatek Helio A20 processor

coupled with no more than 3GB of RAM

-- some of its rugged competitors pack 4GB on that front. 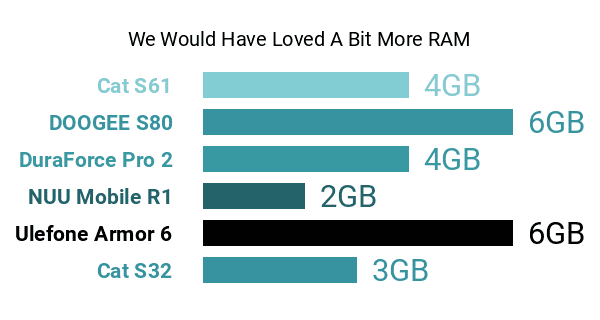 Don't Buy The Cat S32 Before You Check:

Considering that a few of its Cat siblings pack twice as much memory, its 32GB-only native storage

winds up as a con in our book as well, although it does have a dedicated memory card slot. Furthermore, this 5.5-incher won(')t be joining our list of the best phablets any time soon, settling for a mere 1440 x 720 HD+ resolution

, instead of going for something like 1080p (Full HD. Having said that, its screen comes with support for wet-finger and with-glove touch access, accentuating its focus towards field work or outdoor activities for adventurous buyers.

On the flip side, its pros include the combination of IP68 and MIL-SPEC-810G rugged certifications

, both of which make it tougher versus most conventional smartphones -- the former makes its body impervious to liquids and the latter makes it withstand accidental drops onto hard surfaces from up to 1.8 meters. Also adding to its gritty exterior is a scratch-resistant Dragontrail Pro cover glass

, with a shortcut key that can be programmed to fire up its Push-to-Talk or SOS functions joining in as well.

Also among its specs are a 4200mAh battery

that sounds passable, given its undemanding hardware setup (Check out the best big-battery phones here) and an LTE Cat 6 network adapter. 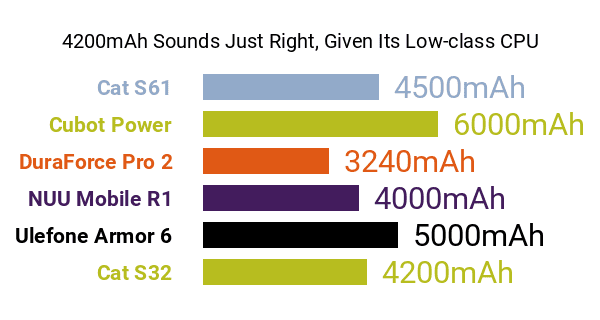 At the back, it touts a so-so 13-megapixel main camera, while a sub-par 5-megapixel front-facing cam

sits up front. It offers Bluetooth 5.0 and it has dual nano SIM card slots. 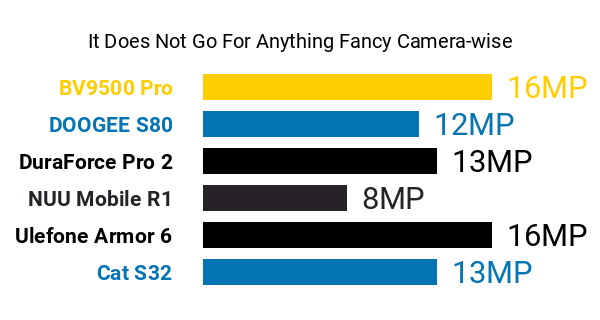 With the Android 10 operating system tying together its pros and cons, the Cat S32 makes for a solid choice for field personnel eying a rugged, middle-class smartphone.