, which, just like most other rugged phones on the market, makes it impervious to dust grains and liquids. Our technical review of its pros and cons, however, reveals that it hovers around the middle-class smartphone category hardware-wise.

, which we flagged as a slight con, knowing that the best octa-core smartphones around operate on eight-core chips that peak at over 2.5GHz. It comes with a tolerable 4GB RAM count and a 64GB native memory that can be expanded by up to 128GB.

Don't Buy The Cubot Quest Before You Check:

rather unsatisfactory, at least compared to the FHD/FHD+ (1080p) screens offered by several of its rugged competitors. It does, however, boast a Corning Gorilla Glass 5

finish, making its facade resistant to accidental bumps and scratches. 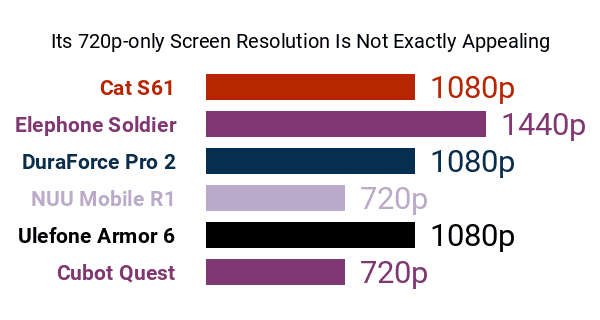 Looking at the rest of its pros and cons, the Quest is packed with 4000mAh's worth of battery power

, which sounds like a solid selling point, especially since it runs on mid-end hardware components only. That said, 4000mAh might not plug it into Phonerated's list of the best big-battery phones available. 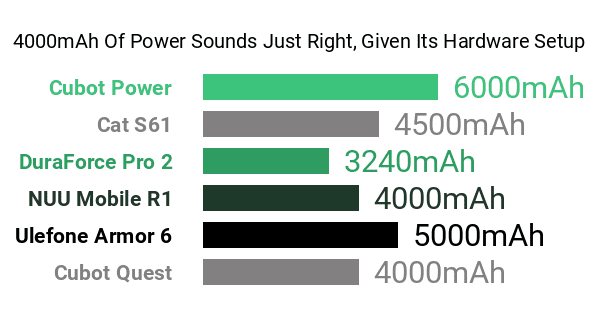 Its favorable facets also include a basic double-lens main camera

consisting of a 12-megapixel f/1.8-aperture primary lens and a 2-megapixel deputy lens for depth-of-field analysis. Sitting right above its display is a so-so 8-megapixel frontal camera for selfies. 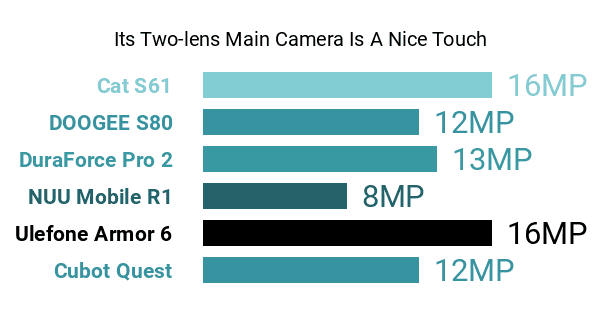 Joining its features are a rear-mounted fingerprint scanner and a Face ID feature for security, dual SIM card slots, and NFC support for cashless mobile transactions and phone-to-phone data transfers.

Running on the Android 9.0 Pie operating system from the get-go, the Quest makes for a fitting choice for outdoor adventurers eying a waterproof, high-stamina middle-class smartphone.