Pitched by Google as a budget-class alternative to its 2018 Pixel 3 flagship model, the Pixel 3a(')s cons are led by the absence of a memory card slot

, which leaves users with no more than 64GB of on-board memory to work with, although it does offer unlimited Google Photos storage for photos and videos. Also, unlike some of the best smartphones listed here on Phonerated, which don high-class metal shells, this Pixel edition settles for a polycarbonate unibody

Don't Buy The Google Pixel 3a Before You Check:

The Google Pixel 3a is not without a couple of redeeming qualities, though, seeing that a 12.2-megapixel dual-pixel camera offering both optical and electronic image stabilization

as well as a 4K-2160p maximum video-recording definition

joins its array of pros and cons -- don(')t forget to pop open our list of the best phones for mobile photographers. Also among its imaging perks are Night Sight, which promises to capture fine details even when shooting under poor lighting conditions, and HDR+. Sitting on the opposite end is a so-so 8-megapixel f/2.0-aperture frontal camera 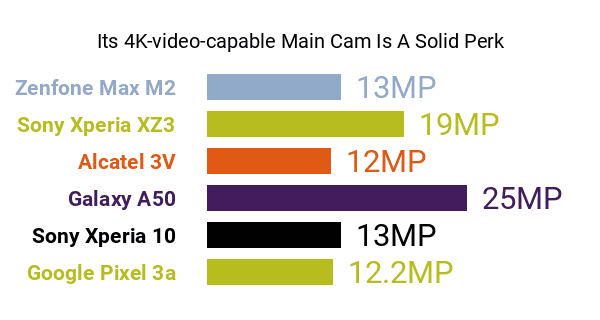 that consists of a 2GHz two-core performance cluster and a 1.7GHz six-core efficiency cluster -- note that some of the leading eight-core models as of this data-driven review rely on faster chips. It is accompanied by 4GB of LPDDR4X RAM and a Adreno 615 graphics processor. 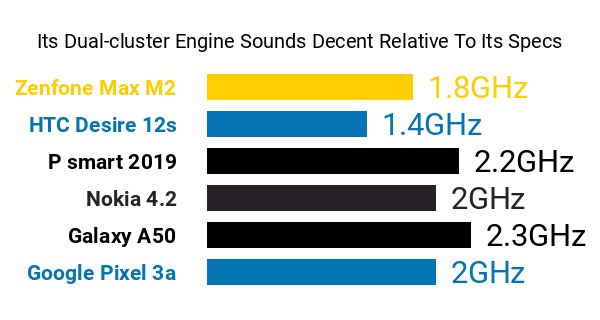 Even though the 3a(')s 3000mAh battery sounds modest compared to the 3a XL(')s 3700mAh cell, it winds up as a pro in our book, if only because of its 18W fast-charging technology

, which claims to replenish up to 7 hours of use under a 15-minute charge. This phone(')s features also include a Pixel Imprint fingerprint scanner, dual stereo speakers, and the Titan M security suite. 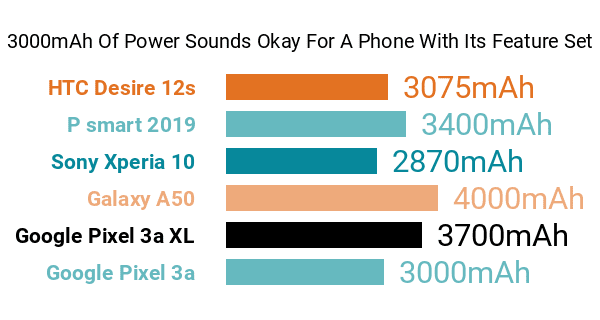 and the Android 9.0 Pie topping off its assortment of pros and cons, the Pixel 3a ends up as a viable option for budget-class Android shoppers who are heavily inclined to photography/videography.