This 2019 iteration of Google(')s flagship Pixel smartphone does not quite level with some premium-caliber contenders, at least when it comes to pros and cons, but it is by no means a pushover.

Starting off with its cons, the Pixel 4 seems to have missed the 2019 memo on battery capacity, limiting itself to only 2800mAh of raw power

, whereas tons of similarly-specked Android phones pack at least 4000mAh in the tank. Additionally, it lacks a memory card slot

, which means that users only have its 128GB or 64GB native storage memory to work with -- users may always fall back on cloud storage, though. 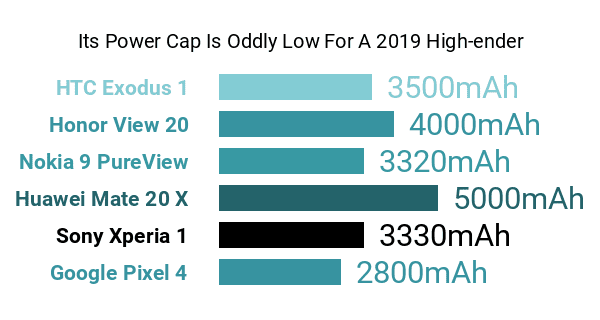 Don't Buy The Google Pixel 4 Before You Check:

, considering that the best phablets of its time usually rock 2K-1440p screens. That being said, its 5.7-inch flexible OLED display, which has a wide 19:9 aspect ratio and a 90Hz refresh rate

, still makes the high-end cut as of this technical Phonerated analysis. 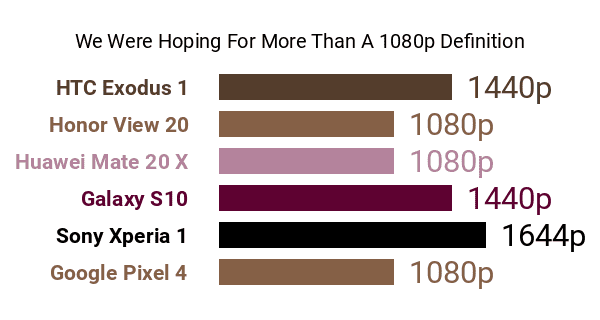 Speaking of high-end, the Google Pixel 4 is powered by Qualcomm(')s Snapdragon 855 eight-core 64-bit engine, which peaks at 2.84GHz

, making it one of the fastest smartphones on the market as we were writing this. Its pros also include a 6GB LPDDR4x RAM

Although its dual-lens setup does not sound that fancy compared to some of its rivals(') triple- or quad-camera systems, the Pixel 4 still packs a high-end punch photography-wise. Its 12.2- plus 16-megapixel main cam captures 4K-2160p videos and promises studio-like photos, while its 8-megapixel frontal camera is accompanied by dual NIR cams

, which is largely for its high-class facial recognition system.

Rounding out its specs are the Android 10 operating system (It was still unnamed as of this review) and a dual-glass housing finished in either Just Black, Clearly White, or Oh So Orange, making it an appreciable 2019 update to Google(')s chief Android family.