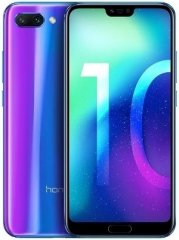 
Not to be confused with the Honor View 10, which is a high-end phablet in its own right, the Honor 10 is one of the most-ambitious models under Huawei's Honor sub-brand. Like most other high-caliber phablets, this Honor edition boasts a wide 5.8-inch (Its actual screen diagonal is 5.84 inches) display, with a promising 19:9 aspect ratio

-- the highest-ranking wide-screen smartphones around bluster with QHD/QHD+ (1440p) displays. As a consequence, it shies of the 500ppi pixel density threshold reached by a many VR-ready smartphones, scoring only 432ppi on that front.

Don't Buy The Huawei Honor 10 Before You Check:

Another slight con is its 3400mAh battery capacity

, which obviously flounders compared to the 4000mAh raw power caps offered by several tantamount models. Its weak points also include its lack of support for memory expansion

, essentially limiting users to its 128GB (or 64GB, depending on variant) native memory, which does not sound that generous, knowing that a few of its flagship contemporaries pack 256GB's worth of inbuilt storage.

As for its pros, the Huawei Honor 10 is home to one of the most-advanced dual camera systems

as of its release, consisting of a 24-megapixel primary cam and a 16-megapixel sub-cam. This dual-lens system, which, by the way, is infused with AI imaging technologies like AI automatic scene recognition

, likely puts the Honor 10 alongside the best photography-first smartphones of its time. Additionally, it possibly attracts selfie addicts with its 24-megapixel selfie camera resolution

, which was one of the highest pixel resolutions on a front cam as of this specs-based review. 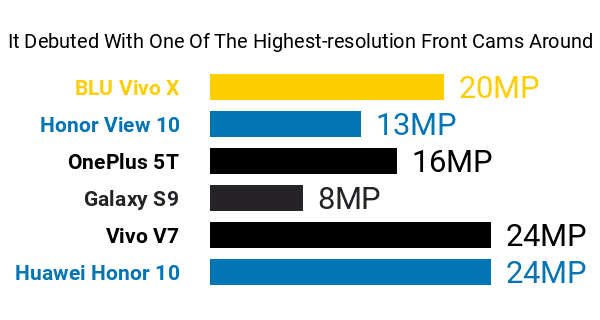 Design-wise, the Honor 10 houses its pros and cons inside a desirably-slim 7.7mm fuselage

(Check out some of the thinnest phones here) that has what Huawei calls an Aurora effect on its glass backing -- its color options include Phantom Green and Phantom Blue.

Under the hood, the Honor 10 is powered by a high-end HiSilicon Kirn 970 dual-cluster octa-core processor running at 2.36GHz + 1.8GHz

. For western markets, the Honor 10 ships with a tolerable 4GB RAM, but the variant intended for the Chinese market packs a more-attractive 6GB capacity

A couple more of its pros and cons include a fingerprint sensor embedded right into its display glass and the Android 8.1 Oreo skinned with EMUI 8.1, both topping the Honor 10 off as a viable phablet for tech-savvy, photography-driven shoppers.

Our research didn't show that the Huawei Honor 10 had a slot for memory expansion.

The Honor 10 is has an exceptional 24-megapixel (combined with a 16-megapixel sub-cam) camera.