The Huawei Honor 20 Lite is the lowest-specked Honor 20 variant as of this review of its pros and cons, replacing some of its base model's premium-class facets with a couple of mid-level specs, although it still aims for a spot alongside some of the most popular photography smartphones listed here on Phonerated.

Before we jump into its strengths, though, you might want to take note of some of its cons on the hardware front. For instance, it relies on a 3400mAh battery

that does not impress us, given the number of tantamount mid-range models packing at least 4000mAh of raw power. It also has only 4GB of RAM

whose top speed does not quite level with those of the best eight-core smartphones around -- they usually clock in at more than 2.5GHz.

Don't Buy The Huawei Honor 20 Lite Before You Check:

Those setbacks aside, the Honor 20 Lite flexes some flagship muscles when it comes to selfies, touting a high-resolution 32-megapixel f/2.0-aperture front camera

on its display notch -- it's marred by a fixed-focus capacity 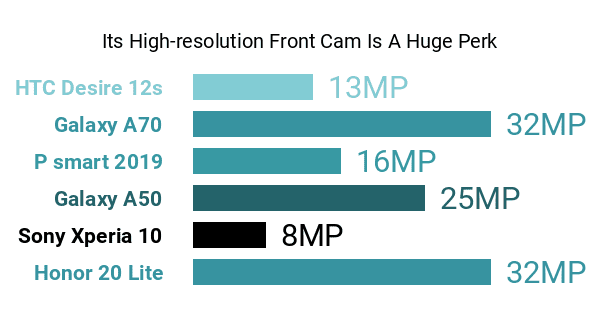 At the back, it rocks an AI-aided triple-lens rear camera

that combines a 24-megapixel main lens with 8- and 2-megapixel deputy lenses. In comparison, a few of its semi-high-end competitors settle for dual-lens or even single-lens cams only. Its key imaging pros include a 480fps Super Slow-Motion Video mode and Huawei's Super Night Shot, the latter promising crisp images even when shooting under poor lighting conditions. 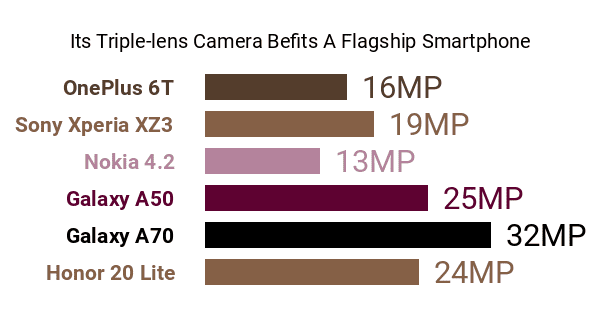 , while a rear fingerprint scanner and a facial recognition system are in charge of security.

Running on the Android 9.0 Pie OS overlaid with EMUI 9.0.1 out of the box, the Honor 20 Lite seems like a solid option for mobile photographers who do not really crave for flagship-caliber hardware components.