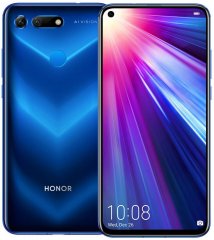 , which consists of a whopping 48-megapixel standard cam and an accompanying 3D cam, together enabling things like 3D depth-sensing, real-time motion capture, and skeletal tracking.

Don't Buy The Huawei Honor View 20 Before You Check:

Furthermore, its ultra-high-end (at least around the time we were reviewing its pros and cons) dual camera enables 3D motion-controlled gaming

alongside a massive 8GB RAM

and a liquid cooling system 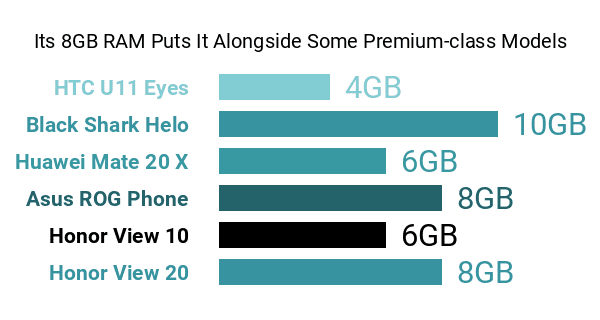 Those flagship-class pros aside, the View 20 is not without a couple of cons, one of which is its lack of a microSD card slot for storage expansion

, although its large 256GB inbuilt memory is by no means disappointing.

. In comparison, some of the best phablets and large-screen phones on the market strut around with QHD/QHD+ (1440p) definitions and VR-worthy pixel density counts of over 500ppi.

Nevertheless, its aforementioned facade still makes the high-end cut, especially since it features a rather innovative in-screen 25-megapixel front-facing camera

Its pros and cons are powered by a respectable 4000mAh battery that boasts some above-average stress test scores, including a 25-hour 3G talk time and a 130-hour continuous audio playback time

. This Huawei flagship runs on Android 9.0 Pie skinned with the brand's Magic UI 2.0.1 and it is offered in colors like Phantom Red and Sapphire Blue.

So, with a couple of premium-caliber specs up its sleeves, the Honor View 20 obviously caters to tech-savvy users who are heavily inclined to mobile gaming and photography.