Bound for our list of the best smartphones for photography, this step-up version of Huawei's 2018 P20 flagship looks to turn some heads with its high-tech (as of this technical review) rear and front cameras. Sadly, some of its other pros and cons fail to keep up with the sophistication of its cameras.

For instance, although its large 6.1-inch FullView OLED display

sounds rather expansive, especially if you're into binge-watching TV shows/movies on your phone, we cannot help but wish that it had a QHD/QHD+ (1440p) screen resolution, instead of a more modest 2240 x 1080 FHD+ definition

. Consequently, it sits on a 408ppi-only pixel density score

, whereas some of the top phablets on the market easily pass the 500ppi mark.

Don't Buy The Huawei P20 Pro Before You Check:

of its Kirin 970 dual-cluster (It has a secondary quad-core cluster running at 1.8GHz) eight-core engine, which sounds mild compared to the 2.8GHz clock speeds boasted by some of the fastest smartphones as of its market entry. Having said that, its forenamed Kirin processor does enable AI imaging technologies for its cameras and it also supports augmented reality (AR) applications like Curate 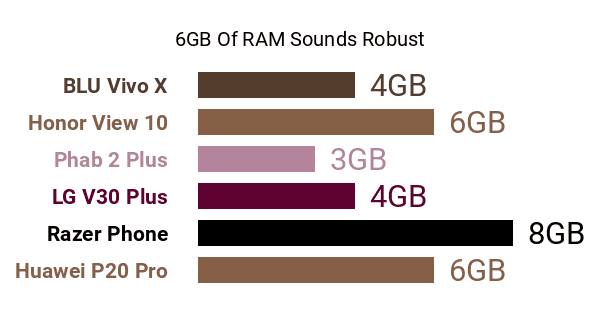 As for its biggest pros, the P20 Pro is home to the world's first Leica Triple Camera

, which, by the way, was one of the highest-resolution smartphone camera lenses when it came out, a 20-megapixel monochrome lens, and an 8-megapixel telephoto lens. Leading its imaging features is the combination of phase-detection autofocus (PDAF), contrast focus, deep focus, and laser-aided focusing

as well as the Master AI

The P20 Pro also contends for a spot among the best smartphones for selfies with its 24-megapixel f/2.0 front-facing camera

, which potentially attracts a good number of selfie addicts with its high pixel count, despite being limited to a fixed focal length

joins in as well.

. Among its color options are gradient finishes like Pink Gold and Twilight as well as solid colors like Black and Midnight Blue.

All said, the Huawei P20 Pro's feature set may not be totally premium-class, but it more than likely appeals to tech-savvy users who have a soft spot for mobile photography.

It blusters with one of the first triple camera systems on the market, which is made up of a staggering (resolution-wise) 40-megapixel RGB cam, a 20-megapixel monochrome cam, and an 8-megapixel telephoto cam.

NFC is becoming increasingly important for electronic payments and other applications.

The P20 Pro is one of the rare phones to feature a 40-megapixel (RGB main cam combined with a 20-megapixel monochrome cam and an 8-megapixel telephoto cam) camera. It also sports these features: Ultra Snapshot, Night Mode, Super Slow Motion.