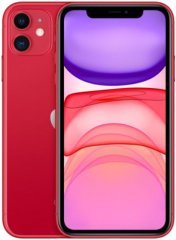 
Unveiled during the 2019 iteration of Apple's annual September event, the iPhone 11 flexes some high-class muscles when it comes to photography and display, although it flounders versus some of its Android rivals when it comes to certain technical pros and cons.

For starters, it does not come with an external memory card slot

for storage expansion, which means that users are pretty much left with its 256GB/128GB/64GB native memory -- outside of any cloud storage plan, that is.

Don't Buy The iPhone 11 Before You Check:

Also, its otherwise upmarket 6.1-inch Liquid Retina HD display also shies of those of the best phablets and large-screen phones featured here on Phonerated resolution-wise, settling for a 1792 x 828 sharpness

and a mere 326ppi pixel density only

. In contrast, most models on the aforementioned list boast 2K-1440p screens that score at least 500ppi. 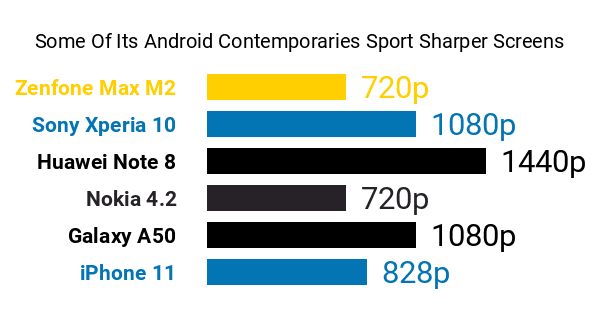 , whereas some of the highest-specked phones in town peak at only 500 nits.

Also among its pros is a respectable dual 12-megapixel rear camera setup that infused with Portrait Lighting, optical image stabilization (OIS), and a True Tone flash with Slow Sync. It captures high-class 4K-2160p videos at 60fps 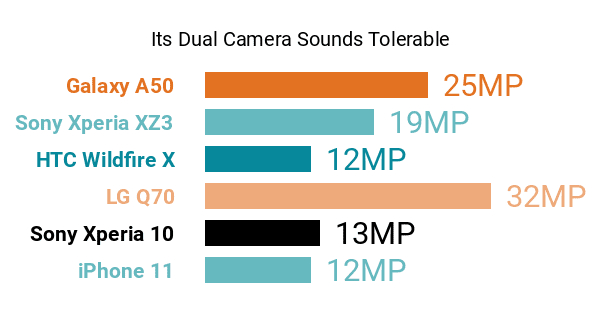 Sadly, it does not quite line up with the best selfie phones as of this specs-based review, sporting a 12-megapixel front-facing camera

, while some tantamount Android-based models bluster with 20-megapixel (or higher) selfie shooters. 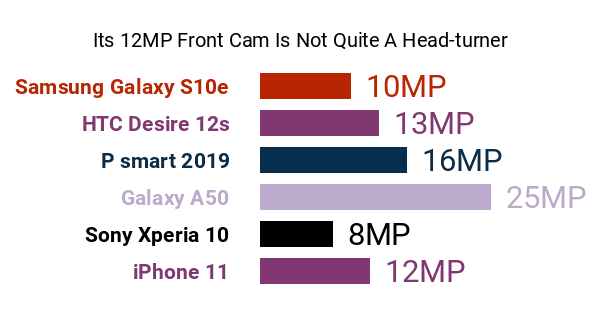 Its under-the-hood pros and cons include an A13 Bionic chip with a third-generation Neural Engine as well as an inbuilt battery that's enabled for both wired fast-charging and Qi-standard wireless charging. It passes IP68-grade waterproofing

and it is offered in colors like Red, Yellow, and Green.

So, while it has some cons here and there, the iPhone 11 seems like a feasible choice for those eying a mid-level iPhone.