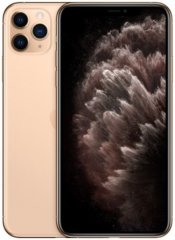 
Even though it was the highest-specked iPhone to come out of Apple during its September 2019 event, the iPhone 11 Pro Max is not without a couple of cons. For instance, it weighs 226 grams

, which makes it sound quite cumbersome, at least compared to some of the best phones on the market as we were reviewing its specs -- most of them do not go beyond the 200g mark.

Don't Buy The iPhone 11 Pro Max Before You Check:

, which could put-off some multimedia junkies, although it does come with a whopping 512GB variant

(256GB and 64GB versions are also offered). It also suffers from a 12-megapixel-only front camera

, whereas some of the best selfie-driven phones listed here on Phonerated do not go for anything lower than 20 megapixels -- its aforementioned front cam does capture 4K-2160p videos, though. 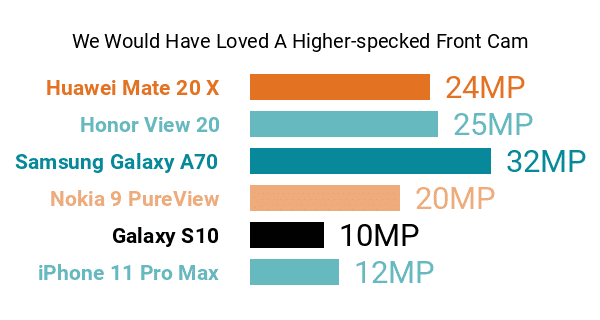 Jumping over to its pros, this supersized version of the iPhone 11 Pro boasts a phablet-esque 6.5-inch Super Retina XDR (OLED) screen with a 2688 x 1242 resolution and a respectable pixel density of 458ppi. It skirts premium-class territory with its 1200-nit maximum brightness level

(on HDR mode) and it is finished with an oleophobic coating. Apple's Haptic Touch (3D) screen technology and support for HDR10 video content are on board as well. 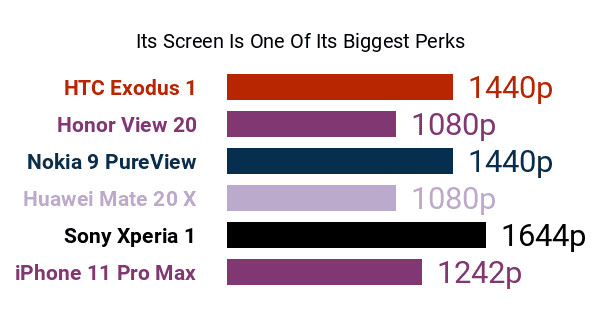 Also among its pros and cons is a triple rear camera

consisting of a 120-degree-wide ultra-wide cam, a wide-angle cam, and a telephoto cam enabling 2x in-and-out optical zooming, all three of which have raw pixel resolutions of 12 megapixels. Its imaging perks include a 240fps slow-motion video mode, a 4K (3840 x 2160) maximum video capture resolution, and Portrait Lighting.

This 2019 iPhone runs on an A13 Bionic chip infused with a Neural Engine, which is roughly similar to what the iPhone XS Max -- its direct predecessor -- offers. Its wireless-charging-enabled battery promises up to 80 hours of continuous audio playback. Its exterior, which is coated in either Space Gray, Gold, Silver, or Midnight Green passes the IP68 rugged certification

, which means that it can survive submersion under 4 meters of water for up to half an hour.

So, with its upmarket pros and cons in mind, the iPhone 11 Pro Max caters to multimedia junkies, particularly those who prefer large, high-end screens.