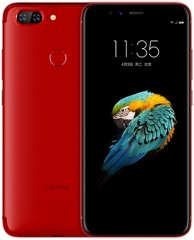 
The 2018 Lenovo S5 is a 5.7-inch upmarket smartphone that sits somewhere between the mid-level A5 and the flagship-class Z5 in terms of technical pros and cons. One if its biggest drawbacks is its decision to stick to a 3000mAh battery capacity

, which is somewhat unfit for a high-end wannabe, especially since several competing high-enders pack roughly-4000mAh batteries. A few others even go a step further, pushing their power caps to almost 5000mAh and subsequently finding themselves in this Phonerated list of the best big-battery phones. 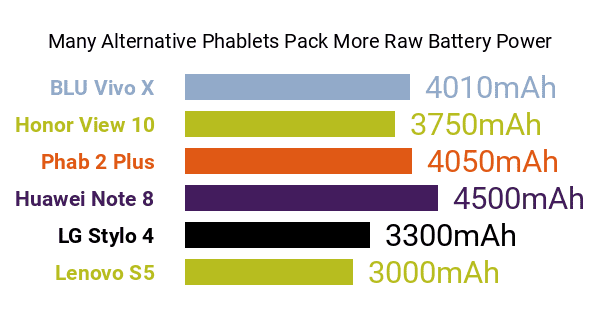 Don't Buy The Lenovo S5 Before You Check:

ends up as a con in our book as well, seeing that, as of this specs-based review, most high-class smartphones support either 256GB or 400GB of maximum external memory, with the occasional premium-ender that supports mammoth 2TB microSD cards. Its 64GB (or 32GB, depending on which variant you go for) sounds passable, though. 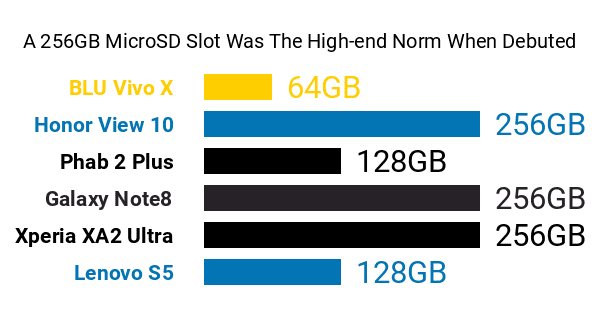 , which might not secure it a seat alongside the fastest smartphones on the market, but sounds like a good match for its semi-high-end feature set nonetheless. Joining its engine is either 4GB or 3GB of RAM.

Where the S5 shines the most, however, is on the imaging front, calling up our list of the best phones for photography with its dual-lens rear camera system

, which is made up of twin 13-megapixel f/2.2 lenses (Dual-cam setups did not usually have lenses with similar pixel resolutions when the it debuted). Its rear cam is bedecked with an Ultra HD/4K (2160p) video-recording mode

, Bokeh shooting, and a dual-color temperature LED flash, readying it to go toe to toe with other high-caliber imaging-focused contenders. 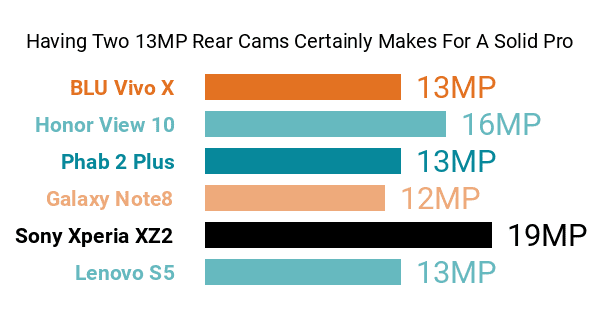 The S5 also flexes some high-tier muscle when it comes to selfies, rocking a 16-megapixel f/2.2 selfie camera

up front. Note, though, that its front cam is limited to a fixed-focus capacity

, obviously putting the it at a slight disadvantage versus rival phones with autofocus-equipped selfie shooters. 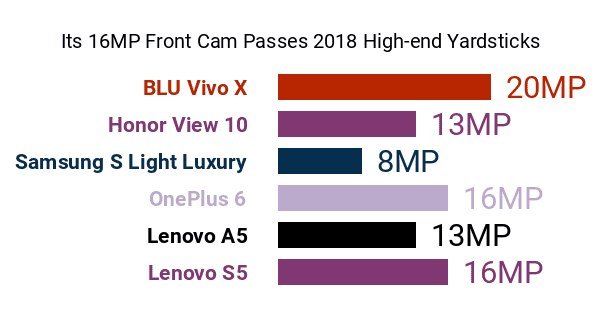 Joining the mix is a facial recognition system for user verification, a fingerprint scanner that claims a 0.09 response time

Fitted with an all-metal body, the Lenovo S5 is obviously aimed at photography- and selfie-driven users who don't mind a not-so-competitive battery power.

The S5 can record high-resolution (3840 x 2160 pixels) movies. Bravo! But we couldn't confirm whether it had an HDMI port or not. HDMI, which lets you connect to an HDTV, is not essential, but would be great on an HD phone.

Its processor speed of 2GHz with 8 cores is among the fastest in the current market.

** This phone is also known as: Motorola S5

*** These cons and pros are identified automatically based on our proprietary algorithm and the specs we found for this product. Should you notice an error, please let us know.