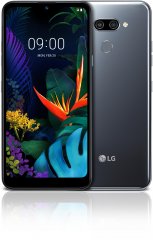 , instead of shooting for a 1080p or 1440p sharpness, which most of the models on Phonerated's list of the best phablets offer. 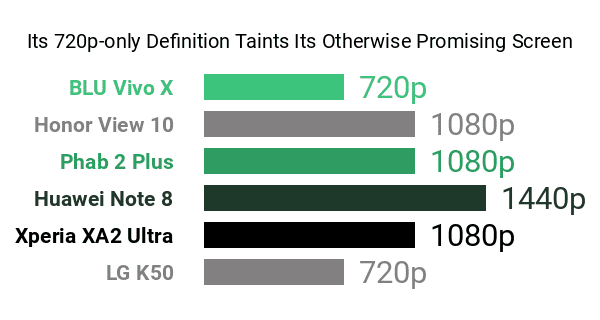 Don't Buy The LG K50 Before You Check:

Much like its K40 brother, the K50 does not aim to turn heads when it comes to hardware pros and cons, running on a so-so 2GHz octa-core processor

coupled with only 3GB of RAM

Setting those cons aside, the K50's strong suits include a dual main camera made up of a 13-megapixel main lens and a 2-megapixel subsidy lens for depth-of-field analysis

-- a significant improvement over the K40's lone 16-megapixel shooter. Its photography pros are led by AI CAM

, which is essentially an AI-powered algorithm that analyzes the subject's features and recommends a suitable set of optimizations. Its 13-megapixel selfie cam

protects its interior specs from damages that may be caused by extreme temperatures, salt fogs, or accidental drops -- be sure to check out the best rugged phones here.

, which was a rare sight within the mid-range Android market as of this on-paper review.

In charge of its power supply is a 3500mAh battery, with the Android 9.0 Pie operating system rounding out its mid-level feature set.

So, insofar as pros and cons are concerned, LG's K50 is reasonable mid-range phone for those who want a large-screen model with a generous external storage allowance.