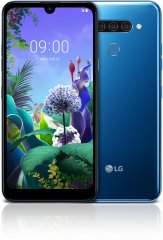 
The LG Q60, which debuted during the MWC 2019 alongside the K50 and K40 models, is a middle-class large-screen phone whose biggest pro is its triple-lens rear camera

, consisting of a 16-megapixel primary lens rigged with phase-detection autofocus (PDAF), a 2-megapixel depth sensor for hardware-level bokeh shooting, and a 5-megapixel Super Wide Angle camera for landscape shots. Its triple camera brings to mind Phonerated's list of the best photography-first smartphones on the market. Its key imaging features include AI CAM, which analyzes objects within a shot and recommends the ideal shooting mode or a particular set of optimizations. It also offers a 13-megapixel selfie cam

that we find rather appreciable, considering the rest of its specs.

Don't Buy The LG Q60 Before You Check:

Like several of its middle-class rivals, the Q60's cons come from the hardware department, in the form of an uninspiring (as of this technical review) 3GB RAM count

and an octa-core processor that peaks at only 2GHz

-- note that the best eight-core models of its time run on chips that clock in at more or less 2.5GHz.

, which sounds monstrous when compared to the 256GB or 512GB microSD slots offered by a few tantamount models. Powering its feature set is a respectable 3500mAh battery. 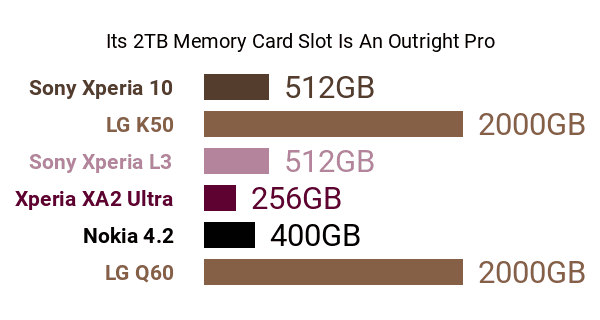 , essentially rigging it with native resistance to temperature extremes, high altitudes, and accidental drops. Up front, it touts a relatively-wide 6.3-inch IPS FullView display sitting on a 19:9 aspect ratio and a middling 720p HD+ definition

, which we have observed on a few other mid-level LG models.

All said, with its kind of pros and cons, the Q60 seems like a solid choice for shoppers who want a photography- and multimedia-driven mid-level Android.