LG V30 Plus Review of Pros And Cons


Compared to the earlier-released V30, the LG V30 Plus boasts improved memory, a significantly-longer talk time, and a new all-black glass finish. Still, being a flagship phone, it's bound to be compared to competing devices. How the V30 Plus fares is detailed below.

, just like most of 2017's flagships. The 2880 x 1440 resolution and 538DPI display sharpness may be relatively-lower than the specs found on a number of its rivals

, but the difference is small enough to be probably insignificant to the naked eye. 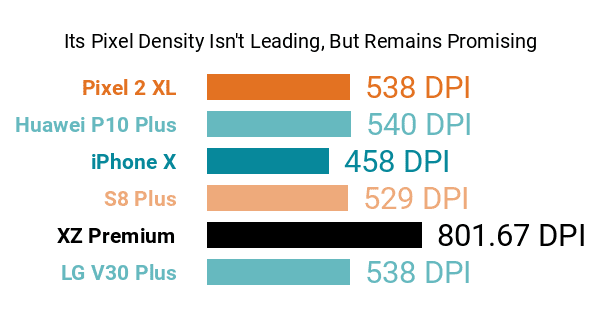 Don't Buy The LG V30 Plus Before You Check:

The V30 Plus also sports a promising camera setup on its rear. With two wide-angle sensors harboring resolutions of 16 and 13 megapixels

, this device is likely bound to excite mobile photography fans. On the other hand, we feel like it could've done better than having a 5-megapixel camera on the front

, as this spec makes it lag behind many comparable (or even lower-tier) models. 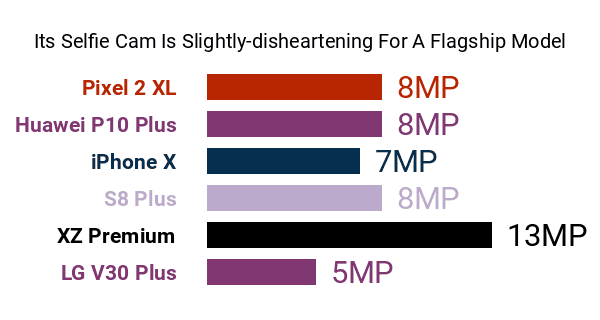 As for pros and cons related to performance indicators, this phone takes the fast lane with an octa-core

Snapdragon 835 processor whose maximum speed clocks in at 2.45GHz

. RAM-wise, the 4GB it has been equipped with doesn't sound inadequate, but it pales compared to the 6GB RAM's we've seen on a few 2017 handhelds

Physically, the V30 Plus' lightness and thinness steals some attention. Weighing 5.57 ounces

and with sides that measure 0.29 inches-thick

, this premiere model stands on the sleek side. The glass front and back and metal sides

reinforce its streamlined appearance. Furthermore, its IP68 rating and MIL-STD-810G certification against water, dust, and shock

are a definite plus.

A final con would have to be the V30 Plus' battery specs. In spite of having a markedly-better 26-hour talk time compared to the V30

, its 3300mAh power reserve still appears to lag behind many other smartphones'

At the end of the day, the LG's V30 Plus has pros and cons that are lopsided towards the promising side, owing to the fact that its is, after all, a flagship phone. It appears to be a nicely-packaged device, with the only major downsides being the watered-down selfie camera and the relatively-small battery.