The very first Edge model from Motorola, the Motorola Edge is a large-screen contender whose assortment of pros and cons brings to mind a few other high-class models featured here on Phonerated, although some of its features are not as cutting-edge as we had hoped.

It is fitted with a 6.7-inch 19.5:9 OLED Endless Edge screen, which basically means that its screen extends 90-degrees around both sides. It comes with a 90Hz refresh rate

, mimicking those of some smart TVs and gaming monitors. Regrettably, its 1080p-only resolution

winds up as a con in our book, considering that some of the best large-screen phones available as of this specs-based review touted 2K-1440p facades. 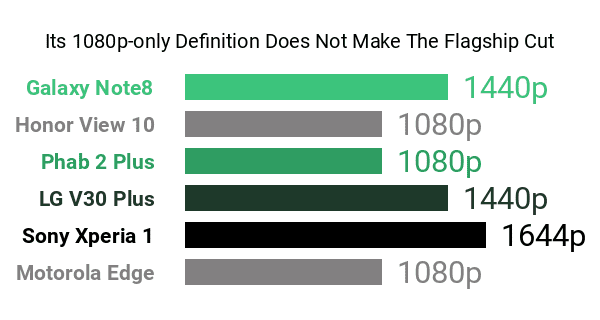 Don't Buy The Motorola Edge Before You Check:

Still on its cons, the Edge dons a plastic back lid

, which obviously sounds cheaper compared to the metal covers boasted by some of its closest rivals. At the very least, the rest of its body consists of an aluminum frame and a damage-resistant Gorilla Glass 5 display finish. This flagship wannabe also only comes with 128GB of on-board memory

, although it does support up to 1TB of storage expansion.

As for its selling points, the Edge touts a triple camera setup

that(')s made up of a high-resolution 64-megapixel primary lens, a 16-megapixel ultra-wide cam that also enables macro photography, and an 8-megapixel telephoto cam for 2x optical zooming. Additionally, it comes with a time-of-flight (ToF) sensor

, while a fingerprint scanner is also embedded right into its display.

As for hardware, it runs on a triple-cluster 2.4GHz Snapdragon 765 engine alongside 6GB of RAM, with a 5G modem

joining the mix as well -- 5G was considered a surefire pro as of its release date. In charge of its power is a 4500mAh battery accompanied by the brand(')s self-branded TurboPower charging technology. 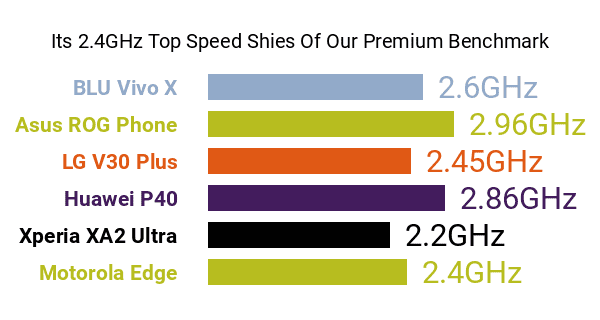 With the Android 10 ecosystem tying all its pros and cons together, the Edge makes for a fitting choice for high-class shoppers eying a large-screen phone that leans heavily towards mobile photography.