An enlarged version of the 5.5-inch Moto E6 (hence, its moniker), the Motorola Moto E6 Plus sports a 6.1-inch U-notch display. Sadly, its screen opts for a low-caliber 1560 x 720 resolution only

, whereas the best large-screen models found here on Phonerated do not go for anything less than a Full HD (1080p) interface. Nevertheless, its expansive 19.5:9 aspect ratio

makes it sound classier than a few other models within its price group. 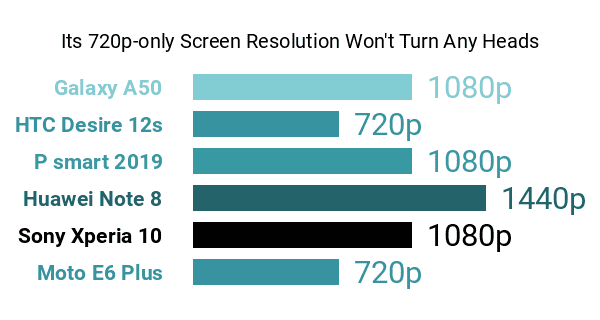 Don't Buy The Motorola Moto E6 Plus Before You Check:

, which was the go-to wireless protocol for cashless transactions and peer-to-peer data transfers in the middle-class Android market around the time of this specs-based review.

Looking at its imaging pros and cons, the E6 Plus's 13- plus 2-megapixel dual-lens rear cam

befits a 2019 model hovering somewhere between the entry-level and mid-range categories. That said, it captures 1080 x 720 videos only

-- in comparison, many imaging-focused contenders are enabled for Full HD (1920 x 1080) video-recording. This Moto E edition also does not go for anything fancy when it comes to selfies, offering a modest 8-megapixel front-facing camera

As for hardware, the E6 Plus runs on a middling 2GHz octa-core MediaTek Helio P22 processor

that we don't find that promising, considering the 2.5GHz (or faster) engines powering some of its octa-core competitors. It comes with either 4GB or 2GB of accompanying RAM and a 64GB/32GB internal memory, the latter being accompanied by a 512GB external memory card slot 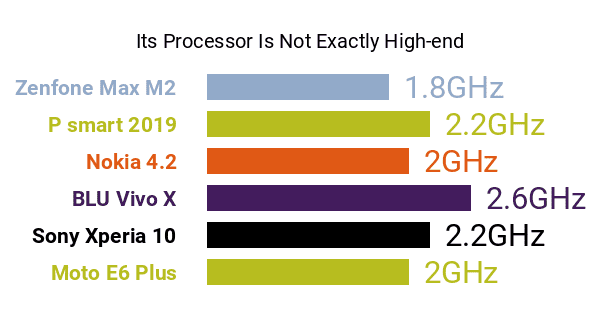 Powering its pros and cons is a 3000mAh battery

whose raw power cap seems fitting for its budget-tier feature set. It also has a circular fingerprint scanner on its rear and a facial recognition system carried by its front-facing camera. 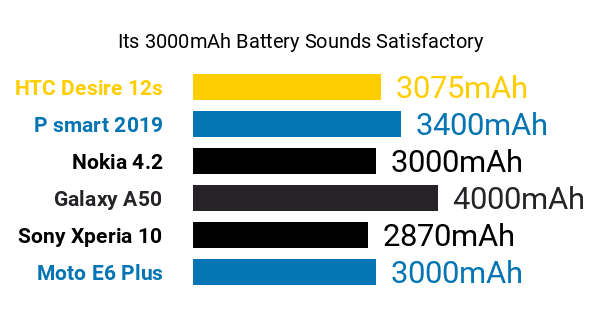 Offered in colors like Caribbean Blue and Bright Cherry, the Moto E6 Plus winds up as a decent choice for those eying a budget-class Android.

** This phone is also known as: Motorola E6 Plus, Motorola Moto E Plus Gen 6