A slightly-improved version of Motorola's 2019 G7 (ergo, the Plus moniker), the Motorola Moto G7 Plus offers higher-resolution cameras and a more-advanced charging system. Before we get to those pros, though, keep in mind that its cons still include some middling hardware components, such as a Qualcomm Snapdragon 636 eight-core processor that clocks in at only 1.8GHz

. In comparison, some of the best octa-core smartphones of its time boast roughly-2.5GHz eight-core chips and offer robust 6GB RAMs.

Don't Buy The Motorola Moto G7 Plus Before You Check:

(Some competing large-screen Androids start out with 128GB of native storage), although it's not that big of a flaw, considering its support for up to 512GB's worth of top-up memory

-- note, however, that the best selfie phones as of this Phonerated review reached raw pixel resolutions of up to 25 megapixels. 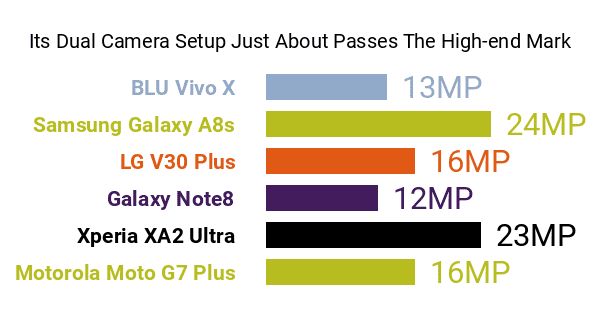 . It is powered by a 3000mAh battery whose not-so-promising raw capacity

is coupled with the brand's high-class 27W TurboPower charging technology

, promising to restore up to 12 hours of battery life under just 15 minutes. 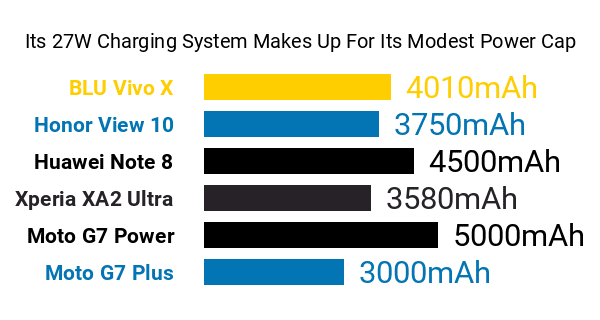 This G7 model's other pros and cons include the combination of a fingerprint scanner and Face Unlock for security, the Dolby Audio sound technology, and NFC support. It touts a water-repellent nano-coating and back-to-back 3D-contoured Gorilla Glass panels

. It dons either a Deep Indigo or a Viva Red finish.

All said, the G7 Plus is a semi-high-end smartphone for shoppers eying a camera-centric large-screen Android.

** This phone is also known as: Motorola Moto G7+, Motorola G7 Plus