The One Hyper is one of Motorola's most-ambitious photography smartphones to date, although its assortment of pros and cons did not go through our specs-based review unscathed.

For starters, this model weighs 200 grams

, which does not make it sound that portable, especially since the average smartphone as of this Phonerated analysis weighed only roughly 150g. Additionally, the 2GHz top speed

of its eight-core Snapdragon 675 processor is not exactly impressive, knowing that the fastest smartphones as of its release boast engines that peak at over 2.6GHz. Having said that, its CPU does come with a multi-core AI engine, largely for AI photography. It is also accompanied by an 845MHz Adreno 612 graphics engine and no more than 4GB of RAM 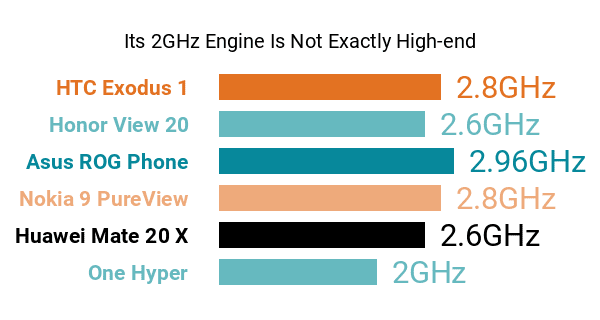 Don't Buy The Motorola One Hyper Before You Check:

Those hardware pros and cons are joined by a respectable 4000mAh battery that's enabled for both the brand's signature 15W TurboPower charging system and 45W charging, the latter requiring an after-market accessory. It is loaded with 128GB of native memory and it supports up to 1TB of external storage

As mentioned earlier, its biggest pro comes from the imaging department, in the form of a whopping 64-megapixel main camera

aided by an 8-megapixel deputy cam for wide-angle shots. It takes on the cameras of other high-class 2019 releases with a 4K-2160p video-recording option, electronic image stabilization (EIS), and later autofocus leading the way.

For selfies, the One Hyper features a 32-megapixel f/2.0-aperture pop-up selfie cam

that likely fares well versus those offered by the leading selfie phones of its time, although the absence of a front-firing LED flash

might come off as a con to some tech-savvy buyers. 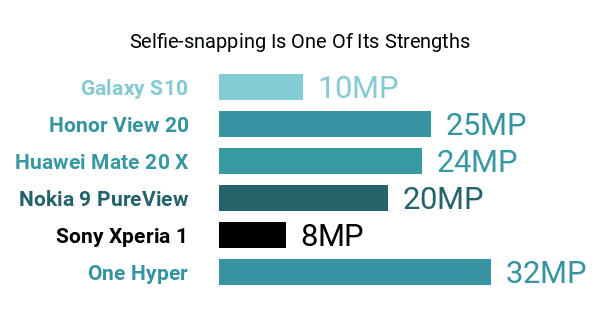 Rounding out the Motorola One Hyper's feature set is a wide 6.5-inch Total Vision 19:9 FHD+ (1080p) display, a rear-mounted fingerprint scanner, and the brand's signature water-repellent design. Offered in Deep Sea Blue, Dark Amber, Fresh Orchid, it calls out to photography junkies and those who love snapping selfies.

** This phone is also known as: Motorola Hyper