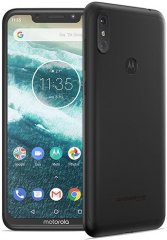 
As made obvious by its name, the Motorola One Power is a big brother of the One with way more raw battery power in the tank, shooting for a spot in Phonerated's list of the best high-endurance phones with its large 5000mAh battery

, which claims to restore up to 6 hours of mixed usage in just a 15-minute charge. Note, though, that its big battery makes this 6.2-incher a literal heavyweight as well, weighing in at 205 grams

, whereas the average smartphone weighed only around 155g as we were reviewing its technical specs.

Don't Buy The Motorola One Power Before You Check:

Despite its pros on the stamina front, the One Power is still tainted by some cons, the biggest of which is the fact that it runs on a slower processor

versus what the original Motorola One has -- it is powered by a Snapdragon 636 eight-core 1.8GHz processor, while its sibling phone runs on a 2GHz eight-core engine. Its accompanying hardware specs, which include a 4GB RAM and a 430MHz Adreno 509 graphics engine, far from place it alongside the fastest phones on the market as well, although they are not that surprising, coming from a 2018 mid-ranger.

Fortunately for this high-stamina version of the Motorola One, it comes with an upgraded dual-lens system, in the form of a 16- plus 5-megapixel setup

that captures 4K-2160p videos and is aided by a dual-LED CCT (color correlated temperature) flash -- the plain model touts 13- and 2-megapixel lenses only. In the same manner, the One's 8-megapixel-only selfie cam was upgraded to a 12-megapixel shooter

, which, although won't have it rubbing elbows with the best phones for selfies any time soon, sounds just about right, considering its overall profile of pros and cons. 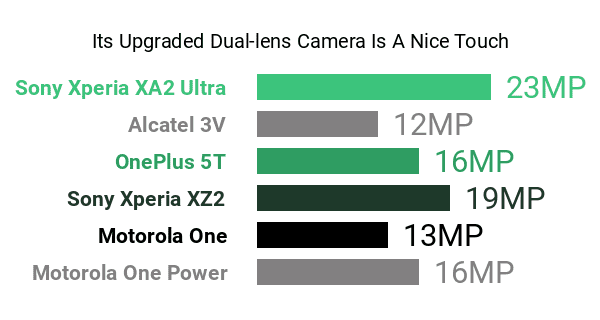 , while a 64GB internal memory expandable by a maximum of 256GB is on storage duties. Like several of its cousins under Motorola's 2018 catalog, it comes with a P2i water-resistant coating

and it is offered in a classic Black finish. 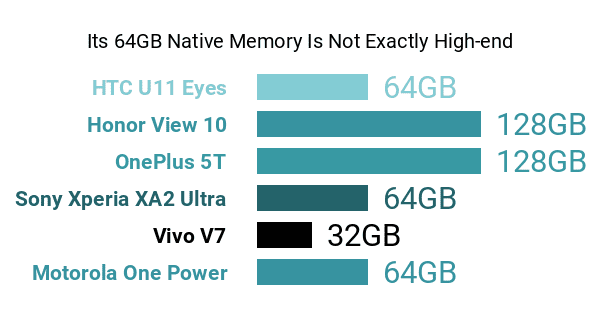 So, as far as its technical pros and cons are concerned, the One Power is a middle-class smartphone for power-cautious buyers who aren't quite ready to reach for a full-blown flagship Android.

** This phone is also known as: Motorola P30 Note (China)