The Motorola One Zoom is a semi-high-end smartphone that might have put too many of its eggs into the photography basket, leaving it with a middling 2GHz-only eight-core Snapdragon 675 processor

and no more than 4GB of RAM

to work with. In comparison, several of the fastest phones found here on Phonerated run on roughly 2.5GHz engines coupled with at least 6GB of RAM. 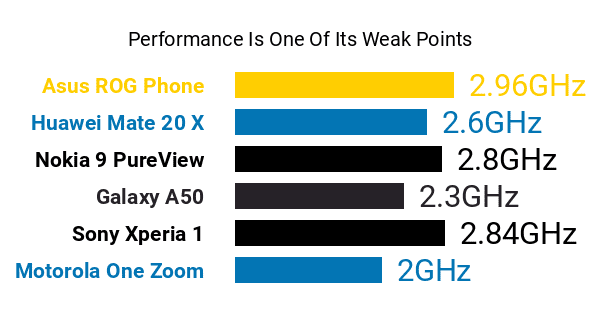 Don't Buy The Motorola One Zoom Before You Check:

, considering that a good number of other 2019 releases with closely-comparable specs offer twice as much native storage, at 256GB. Note, though, that it supports up to 1TB's worth of top-up memory

. A tolerable 4000mAh battery is on board as well.

. It is composed of a whopping 48-megapixel primary lens infused with Motorola's Quad Pixel technology and optical image stabilization (OIS), a 16-megapixel ultra-wide lens for wide shots of up to 117 degrees, an 8-megapixel telephoto lens enabling up to 3x optical zooming (10x hybrid zoom), and a 5-megapixel depth-of-field lens tailored to portrait photography. 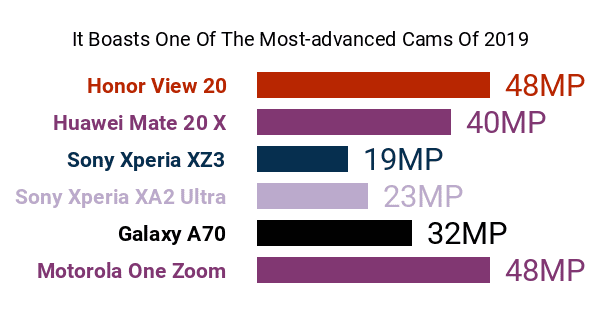 furbished with a 2.5D Panda King Glass panel, while the rest of its body is made of a 6000-series aluminum frame and a 3D Gorilla Glass 3 backing. It also features Motorola's signature P2i splash-proof nano-coating.

With a coating of either Cosmic Purple, Brushed Bronze, and Electric Grey topping off its list of pros and cons, the One Zoom primarily calls out to tech-savvy mobile photographers who can live with less-than-premium hardware components.

** This phone is also known as: Motorola Zoom