coupled with no more than 4GB of RAM (A 3GB-only version is also available). In comparison, some of the fastest smartphones around as of this review of its pros and cons clock in at no less than 2.5GHz. 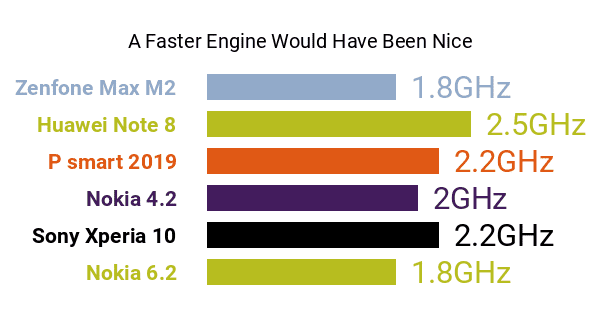 Don't Buy The Nokia 6.2 Before You Check:

While on the topic of its hardware specs, the 6.2 also comes with a 3500mAh battery pack

, which we consider a con, if only a slight one, knowing that some similarly-specked 2019 models feed off 4000mAh cells. Also working behind the scenes is its 128GB maximum internal memory extendable by up to 512GB. 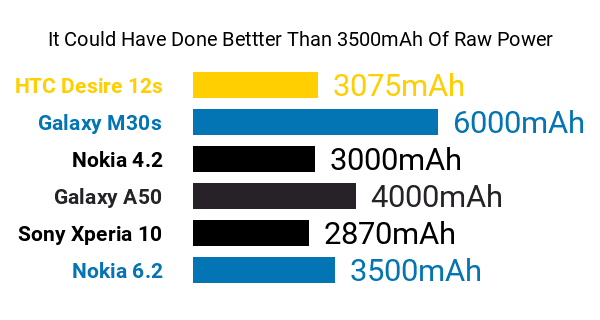 Heading over to its pros, this 2019 Nokia model banks on a triple-lens camera setup

that was quite popular facet among high-end Android phones as of this technical Phonerated write-up. It three-lens cam consists of a 16-megapixe main lens for standard photography, an 8-megapixel 118-degree wide-angle lens for landscape shooting, and a 5-megapixel depth sensor that(')s dedicated to portrait and macro shots. By the way, don(')t forget to check out the best camera phones here. 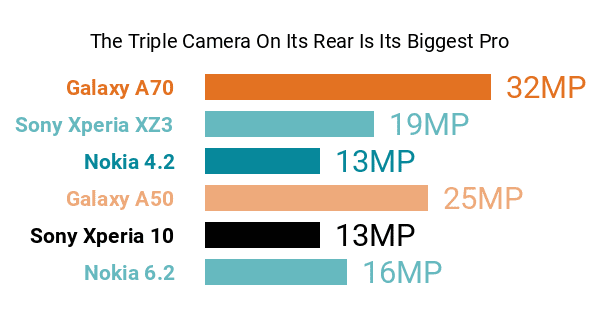 Sitting right underneath its rear camera is a circular fingerprint scanner, while the rest of its back side is made up of a mirror finish and a 2.5D glass panel

, its color options being Ice and Ceramic Black.

Up front, it touts a 6.3-inch Full HD+ (2280 x 1080) screen furbished by an anti-scratch Gorilla Glass 3 panel, above which sits a rather uninspiring 8-megapixel front-facing camera

With a dedicated Google Assistant key rounding out its pros and cons, the Nokia 6.2 winds up as a solid choice for those in search of a mid-level Android that offers high-class imaging perks.