whose 18:9 aspect ratio would have put it alongside some high-tier phablets listed here on Phonerated, had it gone for at least a 1080p (FHD sharpness. Its 64GB native memory cap

comes off as a slight con as well, at least compared to the 128GB memories offered by a few tantamount mid-rangers from competing brands.

Don't Buy The NUU Mobile G3+ Before You Check:

, which is its key upgrade over the plain G3 -- 4000mAh of power was somewhat the sweet spot for high-end devices as we were reviewing its specs. 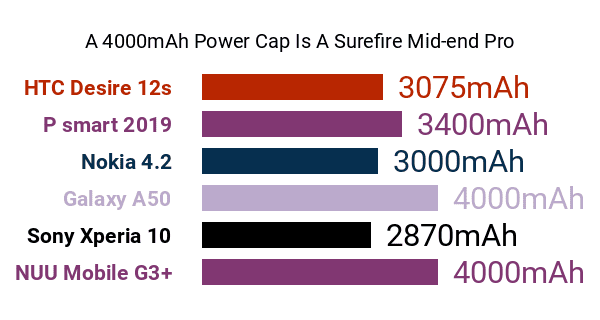 and a 4GB RAM that just about hits the 2019 Q1 yardstick for semi-high-end models. 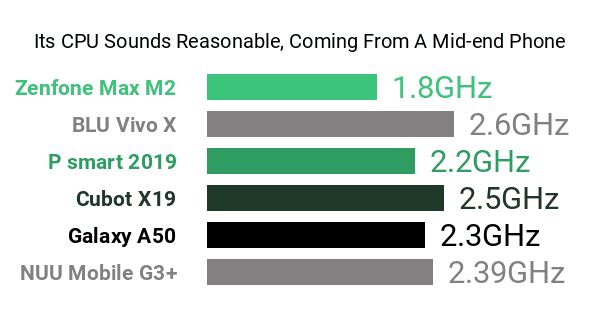 Also among the G3+'s pros are a dual rear camera

consisting of a 13-megapixel PureCel Plus main cam and a 5-megapixel cam for depth-of-field analysis. It is enabled for hardware-level bokeh shooting and is accompanied by phase-detection autofocus (PDAF). On the opposite end is a 13-megapixel selfie camera with an 88-degree angle

that's a bit wider than what several of its mid-level competitors have -- usually around 74 degrees only. 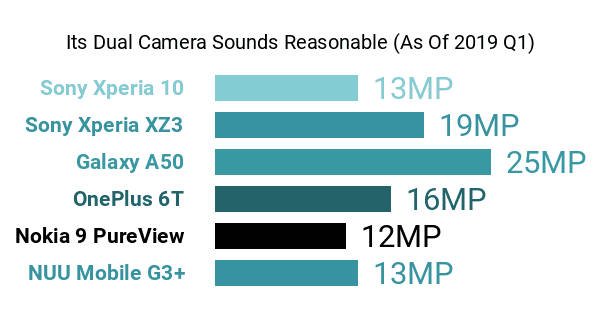 A couple more of its bells and whistles include the VoLTE in-call audio technology promising crisp and clear conversations as well as a dedicated microSD card slot for up to 128GB of extra storage. Also, like some of its 2019-released mid-end contemporaries, it combines a rear-mounted fingerprint detector and a facial recognition system for security.

With an Onyx Black or a Blue shell holding its pros and cons together, the NUU G3+ makes for a feasible option for power-cautious shoppers eying a middle-class Android.