The OnePlus 7 Pro is a higher-class version of the brand(')s 2019 flagship smartphone, touting a more-ambitious display and boasting a lot more RAM. While it has some compelling pros over its little brother, however, this 206g-heavy

(The average smartphone weighed only about 160g as of this technical Phonerated review) edition also shares some of the plain OnePlus 7(')s cons, one of which is the absence of a memory card slot

from its list of specs. Its 256GB maximum internal memory

does not sound head-turning either, at least compared to the 512GB native storage caps boasted by some of its flagship-class rivals. 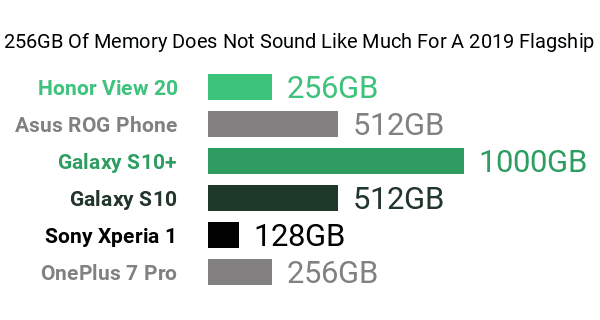 Don't Buy The OnePlus 7 Pro Before You Check:

that consists of a premium-class 48-megapixel 7P-lens main cam, an 8-megapixel telephoto cam, and a 16-megapixel wide-angle cam. Together, its three rear cameras enable things like 3x optical zooming and 4K-2160p video-recording at 60fps, which we have observed on a good number of other photography-driven high-enders. 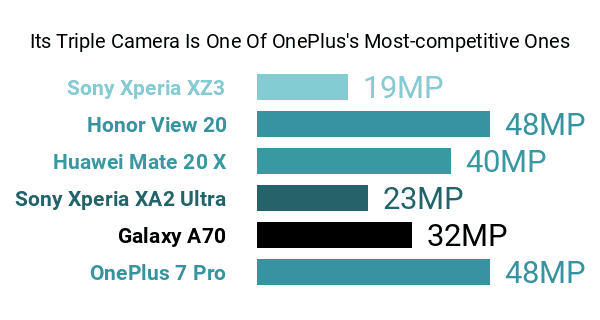 , in the form of a 6.67-inch Fluid AMOLED 19.5:9 facade with a 3120 x 1440 QHD+ definition, a VR-worthy 516ppi pixel density, and support for HDR10+ content. It also features an in-screen fingerprint reader. Its facade has a notch-free edge-to-edge architecture, which means that its tolerable 16-megapixel fixed-focus-only

selfie camera sits on a pop-up panel behind the display. 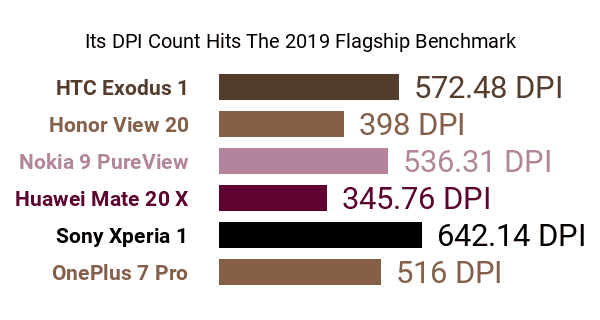 Hardware-wise, this high-class OnePlus model does not disappoint us, running on the Snapdragon 855 eight-core 2.84GHz engine

, which was to go-to chip for most performance-driven smartphones of its generation. It is accompanied by a massive 12GB LPDDR4X RAM

, an Adreno 640 graphics processor, and a 10-layer liquid cooling system

promising to keep the device cool during lengthy gaming sessions. 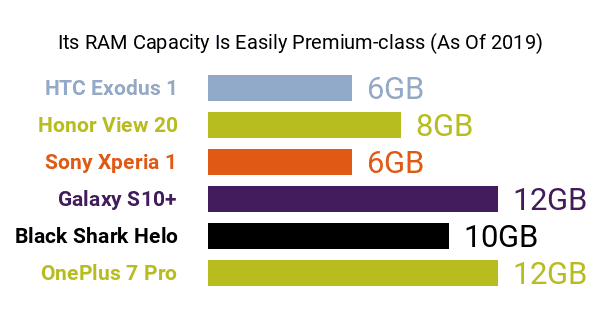 Wrapping up, the 7 Pro caters to tech-savvy Android users eying a phone that flexes some premium-class muscles when it comes to photography, display, and hardware.