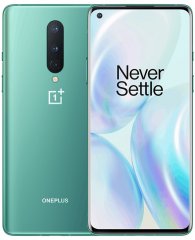 
The 2020 edition of OnePlus(')s flagship caliber OxygenOS smartphone comes in the form of the OnePlus 8, which, despite its high-class mishmash of pros and cons, settles for a 2400 x 1080 definition only

for its 6.55-inch screen. In comparison, the best phablets featured here on Phonerated do not go any lower than 2K-1440p sharpness levels. 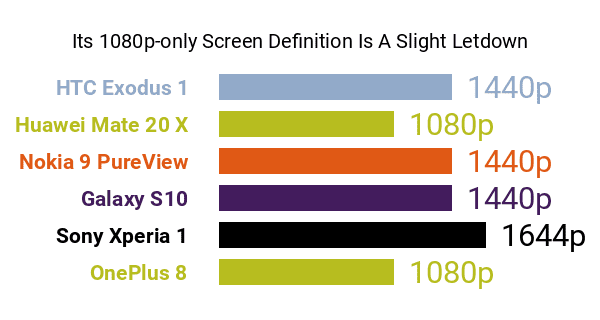 Don't Buy The OnePlus 8 Before You Check:

In spite of that display con, however, this OnePlus model still pulls off a 90Hz screen refresh rate

that mimics those of some gaming monitors and smart TVs and it also supports upscale HDR10+ video content. Perched on the corner of its screen is a 16-megapixel selfie cam that oddly suffers from a fixed-focus capacity only

, despite many competing models within this price group touting autofocus-equipped selfie shooters. 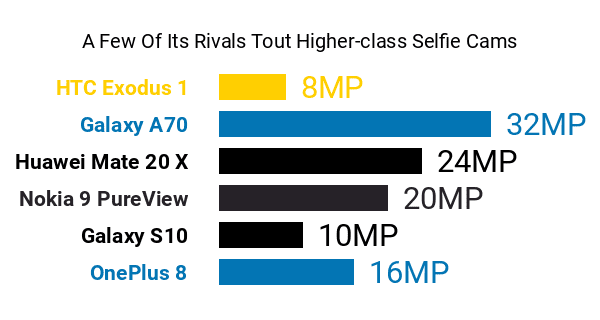 Its main pros include a triple-lens rear camera setup

consisting of a 48-megapixel primary lens for standard photography, a 2-megapixel macro cam for portrait and macro shooting, and a 16-megapixel ultra-wide-angle cam for landscape photography. Among its key imaging specs are a 480fps Super Slow Motion mode and a 4K-2160p maximum video-recording resolution. Check out the best phones for photography here. 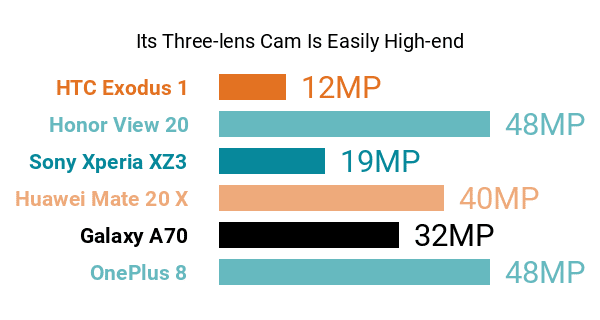 The OnePlus 8 is ably powered by a premium-class Snapdragon 865 processor that peaks at 2.84GHz, placing it alongside some of the fastest smartphones available as of this data-driven review. Its CPU also includes an X55 5G chipset, with either 12GB or 8GB of RAM

joining in as well. For storage, it comes with 256GB of maximum UFS 3.0 memory, but it does not support any memory expansion 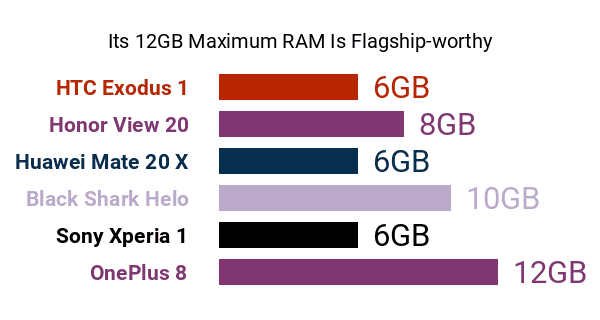 Also among its pros and cons is a respectable 4300mAh battery with the brand(')s self-branded Warp Charge 30T charging technology, promising to replenish up to 50 percent of its total battery capacity in under 22 minutes.