Samsung Galaxy A01 Review of Pros And Cons


Pretty much a typical (by the standards around the time of this data-driven Phonerated review) budget smartphone, Samsung(')s Galaxy A01 comes with cons like a 720p-only screen resolution

, which makes its 5.7-inch Infinity-V display rather underwhelming, at least compared to those of the leading large-screen smartphones of its time.

Don't Buy The Samsung Galaxy A01 Before You Check:

that does not quite level with those of the best selfie-driven smartphones when it hit the market -- a lot of competing budget-class Androids offer at least 13-megapixel front-facing cameras. On the flip side, though, its dual-lens rear camera

winds up as a pro in our book, seeing that a good number of its low-budget competitors opt for single-lens shooters only. Its rear cam consists of a 13-megapixel f/2.2-aperture primary lens and a 2-megapixel depth sensor that(')s largely for background blur adjustments in portrait shots. 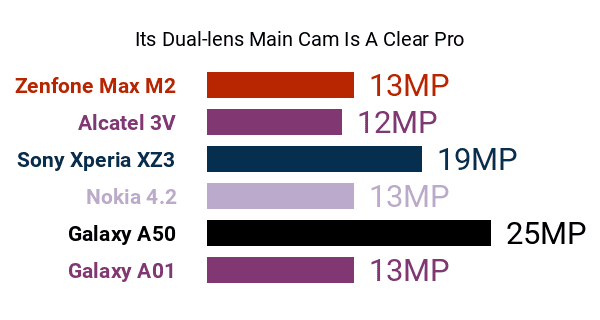 Powering the A01(')s pros and cons from under the battery lid is a dual-cluster octa-core engine whose 1.95GHz and 1.45GHz clock rates won(')t be plugging it into our list of the best eight-core smartphones any time soon -- many models on that list run on at least 2.5GHz chips, with some clocking in at over 2.8GHz. Its engine is accompanied by no more than 2GB of RAM

, which we consider an outright drawback, seeing that some other models within this price group pack 3GB on that front.

On storage duties is a so-so 16GB native memory that can be expanded by up to 512GB using its microSD card slot, the latter sitting alongside two dedicated SIM card trays. Also on board is a 3000mAh battery

, which, insofar as its feature set is concerned, sounds just about right. 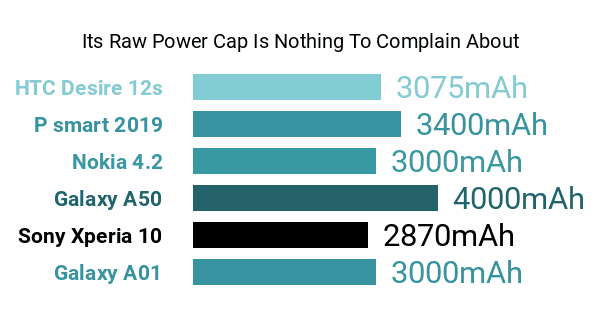 With the Android 10 OS and a casing of either Red, Blue, or Black topping off its pros and cons, the Samsung Galaxy A01 makes for a fitting choice for non-techies and those in search of an introductory smartphone.