This Galaxy A edition is all about photography, with its array of pros and cons being headlined by a quad-camera system

that challenges those of some ambitious photography smartphones featured here on Phonerated. Its rear camera panel consists of a whopping 48-megapixel main lens, a 12-megapixel Super Wide angle lens for landscape photography, a 5-megapixel macro lens, and a 5-megapixel depth sensor dedicated to portrait shooting. Its key imaging specs also include Live Focus and the Smart Switch feature that automatically switches to the appropriate shooting mode, depending on the environment. 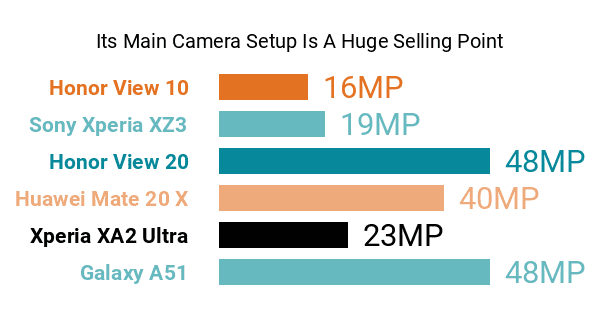 Don't Buy The Samsung Galaxy A51 Before You Check:

That big pro aside, the Samsung Galaxy A51 still has its fair share of cons, one of which is its 2.3GHz-only peak CPU speed

, if only because a few of its octa-core rivals pack at least 2.5GHz engines. It is accompanied by 6GB of RAM and a 128GB memory

that could have been bumped up to 256GB, considering its affinity to photography and videography.

Also under the hood is a tolerable 4000mAh battery whose 15W fast-charging system promises to replenish up to 3 hours of calling time in roughly 10 minutes. 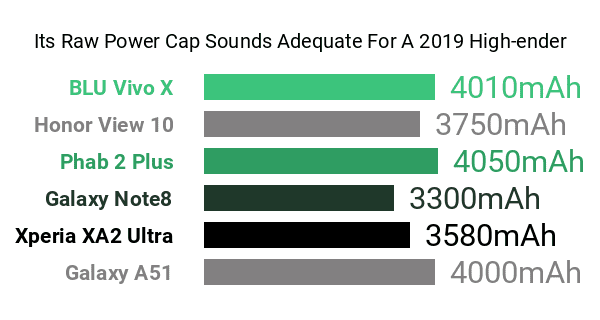 Going back to its selling points, the A51 boasts a 32-megapixel selfie camera

that could go toe-to-toe versus those of the leading selfie phones as of this review. Its front cam sits right on the phone(')s spacious 6.5-inch 2400 x 1080 Super AMOLED display

, underneath which is an in-screen fingerprint scanner. Adding to its biometric security is a facial recognition system. It is offered in colors like Green Crush Multicolour and White Sparkling Crush, with the Android 10 operating system rounding things out. 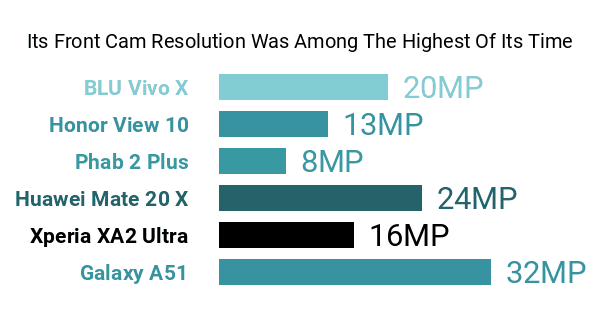 So, with its mishmash of pros and cons in mind, the Galaxy A51 seems like a fitting choice large-screen smartphone shoppers who are willing to trade off high-class hardware for a flagship-caliber camera setup.