One of only a few 5G-enabled

smartphones that came out in 2019, the Samsung Galaxy A90 5G supports N78 (3500) network bands, making it one of the best smartphones connectivity-wise, at least around the time of this specs-based Phonerated evaluation.

p> Among its cons are a relatively cumbersome 206g body

, which made it almost 30 percent heavier than the average smartphone as we were writing this. Its decision to stick to a 1080p screen resolution

, instead of shooting for a premium-class 2K-1440p sharpness, also sounds a tad off-putting, knowing that the best phablets of its time bluster with QHD/QHD+ displays -- not to mention that its 6.7-inch Super AMOLED interface would have been a good venue for a 2K sharpness. 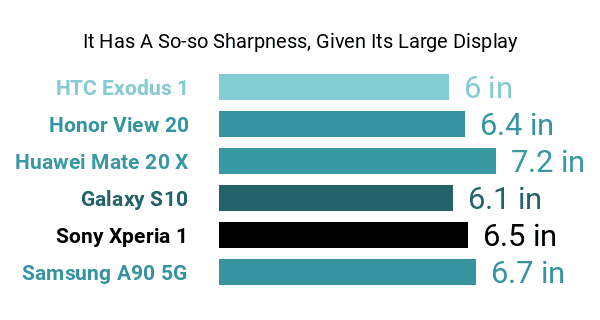 Don't Buy The Samsung Galaxy A90 5G Before You Check:

As for its pros, this high-end Galaxy A model should hold its own ground versus the fastest smartphones on the market, running on the Snapdragon 855 eight-core engine that peaks at a solid 2.84GHz 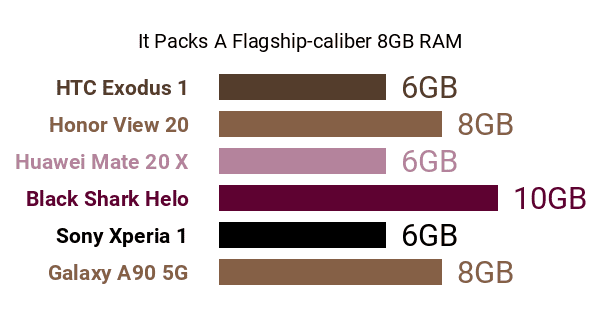 , which was among the most-advanced rear camera setups around the time of this technical review. Up front, it features a 32-megapixel front-facing camera

whose raw pixel resolution could put the A90 5G alongside some popular selfie-driven models.

, an on-screen fingerprint scanner, which was somewhat a staple facet among high-end Samsung phones as of 2019 Q4, and the brand(')s signature KNOX security module. This phone is loaded with 128GB of on-board memory, which can be expanded by up to 512GB, and it runs on Android 9.0 Pie out of the box. 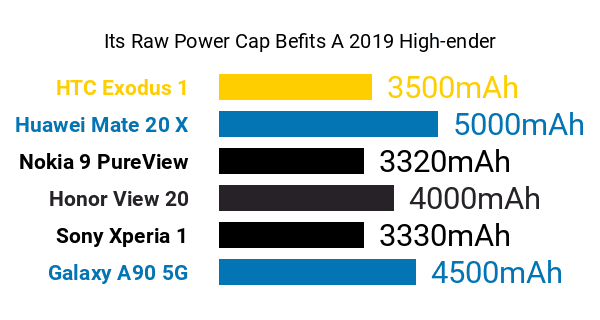 With a coating of either Black or White wrapping up its pros and cons, the A90 5G calls out to upmarket shoppers who prioritize connectivity and photography the most.