The Samsung Galaxy M30s is a semi-high-end smartphone that might find itself alongside some of the highest-caliber photography smartphones listed here on Phonerated. Before we jump into its pros, though, take note of some of its cons.

does not quite give off a flagship-class vibe, especially compared to the 256GB or 512GB on-board memories boasted by some of its 2019 contemporaries -- it supports up to 512GB of external memory, though.

Don't Buy The Samsung Galaxy M30s Before You Check:

Another slight drawback for us is its decision to stick to a 2.3GHz + 1.7GHz split-octa-core engine

, if only because some of the fastest smartphones available as we were reviewing its pros and cons use engines that clock in at 2.8GHz or higher. Its specs include a 6GB LPDDR4X RAM, but the brand also offers a variant with only 4GB. The absence of an NFC adapter

sounds a bit problematic to us as well, seeing that Near Field Communication was all but a standard smartphone facet when it hit the market. 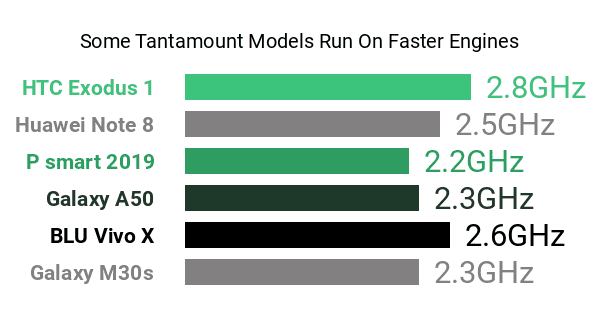 Heading over to its selling points, the Galaxy M30s boasts a flagship-class triple rear camera

whose lenses include a whopping 48-megapixel main lens, a 5-megapixel depth-sensing lens for bokeh shooting, and an ultra-wide 8-megapixel lens for wide-angle shots. It captures 4K-2160p videos at 30fps and it offers a 240fps Slow Motion video capture mode.

under the lid -- check out some of the best big-battery smartphones here. It scores a reassuring 131-hour audio playback time 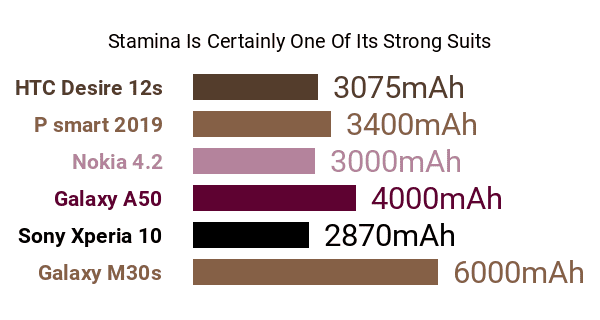 Adding to its assortment of pros and cons are a wide 6.4-inch 2340 x 1080 (FHD Super AMOLED screen and a passable 16-megapixel front-facing camera for selfies. It also comes with a fingerprint sensor and it is plastered in either Sapphire Blue, Pearl White, or Opal Black.

Summing up, while we think it could have done better in terms of CPU, the Galaxy M30s makes for a feasible choice for semi-high-end Android shoppers who value battery life and photography more than anything else.