, which we consider so-so, at least compared to the 4000-4500mAh battery capacities offered by a few competing models with tantamount pros and cons. Also, we were expecting a slightly-faster engine than the M40's Snapdragon 675 2.2GHz + 1.7GHz eight-core chip

, seeing that many octa-core-powered contenders that hit the market around the same time reach top speeds of over 2.5GHz. Its CPU, however, is coupled with 6GB's worth of RAM

, which sounds like a solid facet, coming from a 2019 Q2 semi-high-end model.

Don't Buy The Samsung Galaxy M40 Before You Check:

Its biggest pro, however, can be found on the imaging department, in the form of a high-class triple-lens camera

, enabling its display to double up as a makeshift speaker. 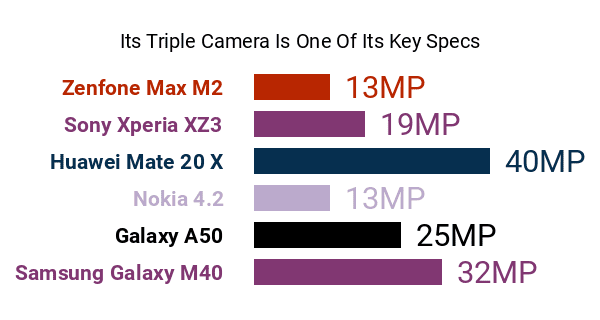 Going back to its photography specs, the M40 features a 16-megapixel on-screen selfie camera

sitting on a the left-hand corner of its display, eliminating the need for a display notch -- the absence of a front-firing LED flash

seems like a minute con to us, though. Don't miss our list of the best smartphones for selfies here. 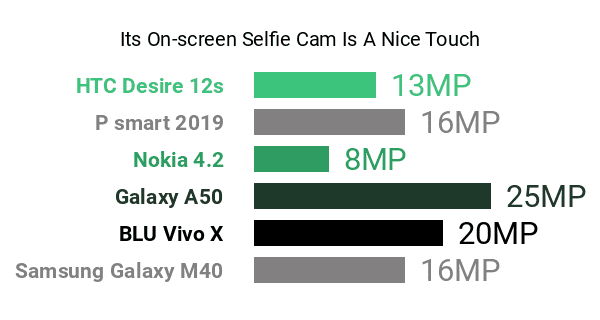 Heading over to its display, the M40 touts a 6.3-inch Infinity-O PLS-TFT screen with an FHD+ resolution of 2340 x 1080 pixels, which, around the time of this on-paper review, was somewhat the gold standard for semi-high-end Androids featured here on Phonerated. It has a high 91.8 percent screen to body ratio and a Gorilla cover glass. Also among its pros and cons are an NFC adapter for cashless mobile transactions as well as the combination of a fingerprint scanner and facial recognition for security.

All said, the Samsung Galaxy M40 ends up as a solid choice for mid-level Android shoppers eying a wide-screen photography-driven model.