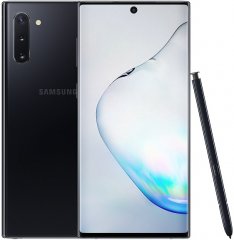 , which, at the time of this specs-based review, was considered a premium-class smartphone facet, the Samsung Galaxy Note10 5G brings back most of its mother model's pros and cons. While you're here, feel free to check out the best smartphones listed here on Phonerated.

Just like the plain Note10, this 5G edition still passes up on memory expansion

, sticking to only 256GB of native storage. It also packs a 3500mAh battery

that does not sound that promising, at least compared to the 4000mAh (or higher) power caps offered by several lower-specked models. 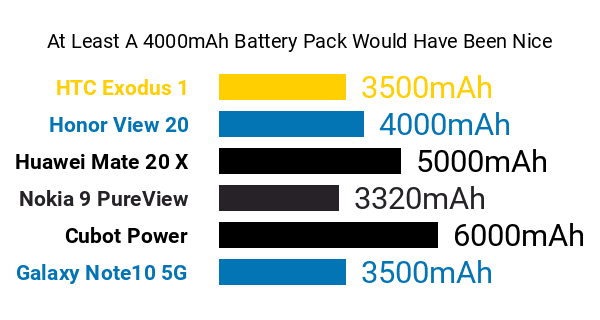 Don't Buy The Samsung Galaxy Note10 5G Before You Check:

Up front, it features a 6.3-inch Dynamic AMOLED display that, although opts for a 1080p-only screen definition

(instead of lining up with some full-fledged flagship phablets with a 2K-1440p sharpness), delivers high-class pros like support for HDR10+ content

and Samsung's signature programmable Edge Screen. Sitting right atop its display is a 10-megapixel-only selfie camera

that offers Dual Pixel AF as well as live focus for both photos and videos. 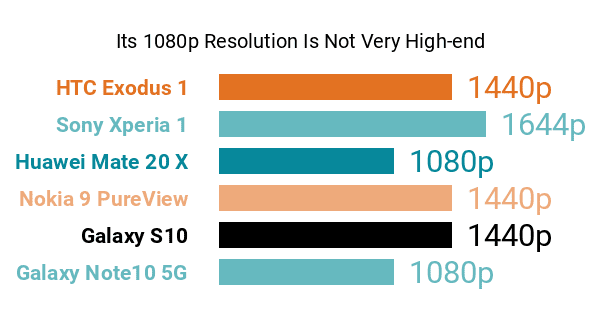 Those cons aside, the Note10 5G is among the fastest 2019-released smartphones out there, running on a triple-cluster Snapdragon 855 engine

that consists of a 2.8GHz single-core main cluster, a a 2.4GHz tri-core cluster, and a quad-core 1.7GHz cluster. It packs 12GB's worth of RAM

, which is a huge upgrade over its Note10 sibling's already-large 8GB capacity. 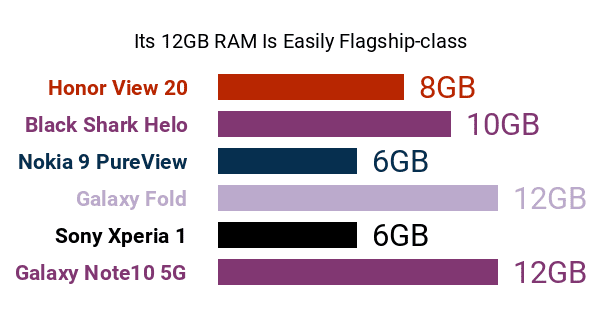 made up of a 12-megapixel primary lens, a 16-megapixel ultra-wide-angle lens for scenic shots of up to 123 degrees wide, and a 12-megapixel telephoto lens for 2x optical zooming (0.5x out zoom). Its imaging perks also include a 4K-2160p maximum video-recording resolution and a Super Slow-mo function that captures slow-motion videos at a whopping 960fps

Offered in colors like Aura Pink and Aura Glow, the Note10 5G is a high-class multimedia phablet for those who prioritize network connectivity above everything else.