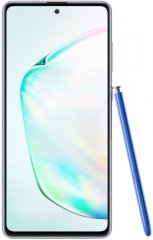 
Essentially a version of the Galaxy Note10 with much more screen space (which somewhat goes against its whole Lite moniker), the 2020 Samsung Galaxy Note10 Lite extends its base model(')s 6.3-inch interface to a phablet-worthy 6.7 inches

, while retaining the brand(')s signature S Pen stylus accessory. Having said that, this model is not as competitive as we had hoped, floundering in comparison to the best large-screen phones featured here on Phonerated with its 1080p-only resolution

pixel density score -- most models on the said list tout 2K-1440p screens and score around 500ppi.

Don't Buy The Samsung Galaxy Note10 Lite Before You Check:

Its pros and cons also includes a 128GB-only internal memory

that we find rather underwhelming, knowing that a few competing models with tantamount specs offer at least twice as much native storage.

That being said, the rest of its hardware components, which includes an Exynos 9810 2.7GHz + 1.7GHz octa-core engine

(A 6GB-only model is available as well) that puts it alongside some of the fastest phones on the market as of this data-driven review. This model(')s 4500mAh battery sounds like a solid pro as well, although a few of its contemporaries pack larger batteries. 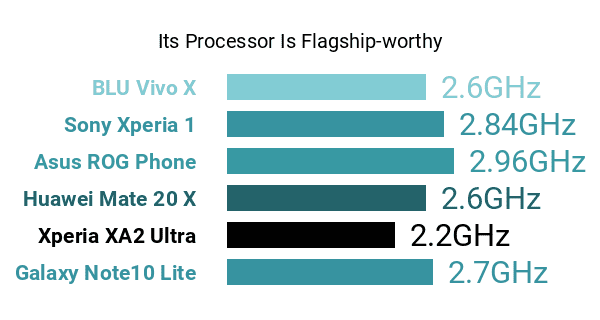 Jumping over to its cameras, this Galaxy Note model boasts a triple 12-megapixel primary cam

that brings to mind some of the best photography smartphones in town. Also among its imaging pros and cons is a 32-megapixel selfie cam

that(')s similar to what its Galaxy S10 Lite cousin offers. 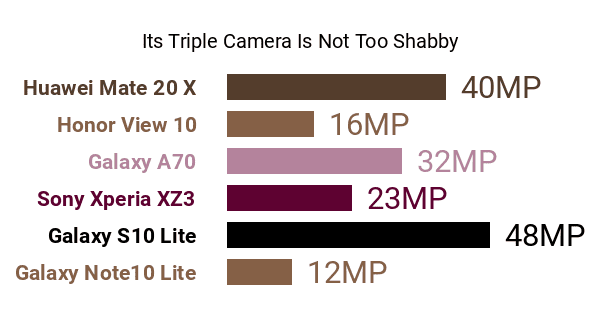 Rounding out its feature set are the Android 10 ecosystem and a finish of either Aura Red, Aura Glow, or Aura Black.

So, although it suffers from a couple of cons display-wise, the stylus-equipped Note10 Lite makes for a fitting phone for users who are heavily inclined to productivity and multimedia.

** This phone is also known as: Samsung Note10 Lite