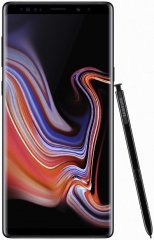 
Challenging the best phablets featured here at Phonerated outright when it debuted, the Galaxy Note9 is a 2018 addition to Samsung's productivity-first Note series. While some users might pull back at its lackluster specs, which include a 201g-heavy body

, it nevertheless features a premium-class array of pros and cons. 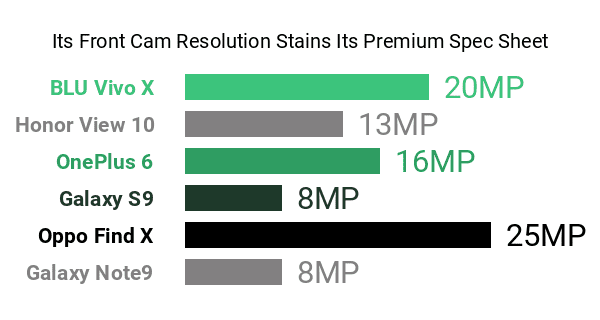 Don't Buy The Samsung Galaxy Note9 Before You Check:

, which, incidentally, was one of the most-advanced smartphone displays on the market at the time of writing. As a byproduct of its 2K screen definition, the Samsung Galaxy Note9 scores a VR-worthy 516ppi pixel density

-- check out some other VR-ready phones here.

Its display, by the way, is complemented by a Bluetooth-enabled, IP68-rated (waterproof) S Pen

, which comes with a clicker that lets users snap quick photos, change slides during presentations, or pause/resume videos without having to actually touch the phone's display. Samsung says that it replenishes up to 30 minutes of power while docked into the phone for just 40 seconds.

The Note9's biggest advantage versus its Note8 predecessor is its upgraded hardware setup. While the Note8 runs on a respectable 2.35GHz (top speed) eight-core processor, the Note9 became one of the fastest smartphones available when it came out by running on the Qualcomm Snapdragon 2.8GHz + 1.7GHz eight-core chip

. The aforementioned engine is coupled with a premium-class 8GB LPDDR4 RAM

, which is a big leap from the Note8's 3300mAh-only cell, and a water-carbon cooling system

Although some tech-savvy users might see its peak resolution

as a slight con, knowing that 20-megapixel (or higher) cameras were starting to take over the photography-focused smartphone market as of its release, the Note9's dual 12-megapixel rear camera is nevertheless promising, with a 2x optical zooming capability (10x digital zooming) and dual optical image stabilization

among its perks. Also, its wide-angle camera (the other one is a standard telephoto cam) features two aperture modes -- an f/1.5 mode for capturing more light when shooting with poor lighting conditions and an f/2.4 mode for sharp scenic photos.

. Also, it can be used with the Samsung DeX accessory that allows it to act as a CPU for basic peripherals like a keyboard and a monitor.

So, with its noteworthy features in mind, the Galaxy Note9 is obviously tailored to tech-savvy, productivity-minded users.

It is rigged with a water-carbon cooling system, which was only offered by premium-class and gaming smartphones as of its debut.

It is billed as a rugged phone (more sturdy, better water-resistance, etc).

Its Quad 2.8GHz (+ Quad 1.7GHz -- some variants peak at only 2.7GHz) processor speed combined with 8 cores is part of the fastest.

NFC is becoming increasingly important for electronic payments and other applications.

The Samsung Galaxy Note9 is not sold with a memory card but it can accept up to 512GB of memory expansion, which is convenient to store photos taken with the built-in Dual 12-megapixel (one telephoto cam, one wide-angle cam) camera.

It includes a high-resolution built-in camera (Dual 12-megapixel (one telephoto cam, one wide-angle cam)) with the following options: HDR.

** This phone is also known as: Samsung Note9

*** These pros and cons are generated automatically based on our algorithm and the data we have on file for this cell phone. If you find a mistake, please let us know.