In terms of technical specs, the 2020 Galaxy S10 Lite is loosely based on the original Galaxy S10 -- we say loosely because there are a few stark differences between its mix of pros and cons and that offered by its mother model. Nevertheless, it looks to join Phonerated's list of the best smartphones for photography.

Don't Buy The Samsung Galaxy S10 Lite Before You Check:

, which makes it otherwise phablet-caliber 6.7-inch Super AMOLED Plus facade at tad underwhelming. As a consequence, it scores a mere 394ppi pixel density

, whereas some of its rivals score as high as 500ppi.

Going back to its pros, the Samsung Galaxy S10 Lite boasts a flagship-class Snapdragon 855 eight-core processor

that peaks at 2.8GHz, lining itself up with some of the fastest smartphones available around the time of this technical review. Its engine is accompanied by either 8GB

or 6GB of RAM, with a 128GB native taking charge of the storage front -- we would have loved at least twice that amount

Perched right above its screen is a 32-megapixel f/2.2-aperture frontal camera

, while a respectable 4500mAh battery takes charge of its power supply. Its color options include Prism White, Prism Blue, and Prism Black and it runs on the Android 10 platform out of the box. 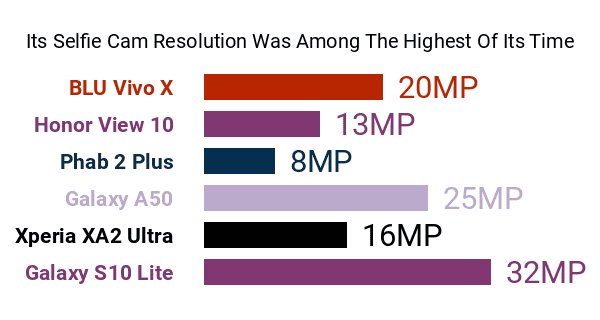 With the kind of pros and cons that it brings to the table, the S10 Lite is not that light of a smartphone (when it comes to specs), mainly targeting mobile photographers and those who place a premium on performance.

** This phone is also known as: Samsung S10 Lite