A 2019 addition to Samsung's family of field-ready Xcover smartphones, the Samsung Galaxy Xcover FieldPro flexes a durable housing and a high battery capacity among its pros and cons. That being said, it's list of specs is not without a couple of hiccups, which might put it on the back foot versus a few other rugged Androids found here on Phonerated.

For starters, it is not as ambitious when it comes to main camera resolution as we had hoped, settling for a 12-megapixel-only main cam resolution

, despite some of its closest rivals rocking at least 16-megapixel shooters. It also has a so-so 8-megapixel front-facing camera

. Note, though, that its rear cam is accompanied by a triple LED flash

, which was not that common of a pro among rugged phones as of this technical review. 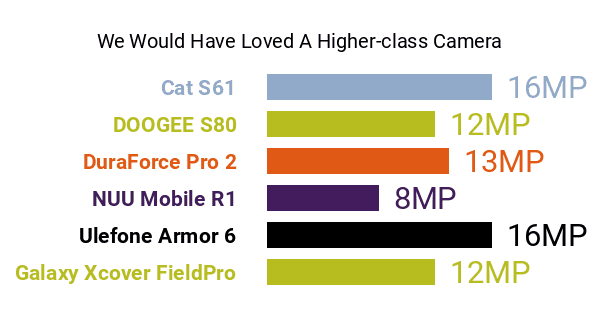 Don't Buy The Samsung Galaxy Xcover FieldPro Before You Check:

Adding to its cons is a 256g-heavy body

, making it almost twice as heavy as the average 5-inch Android phone. Its weight, of course, is due to its heavy-duty rugged exterior

, which passes both MIL-STD-810G and IP68 rugged certifications -- the former makes it shock-resistant, while the latter makes it impervious to dust grains and water.

Matching its outdoorsy body is a 4500mAh battery

that sounds just right, given what some other big-battery smartphones offer. 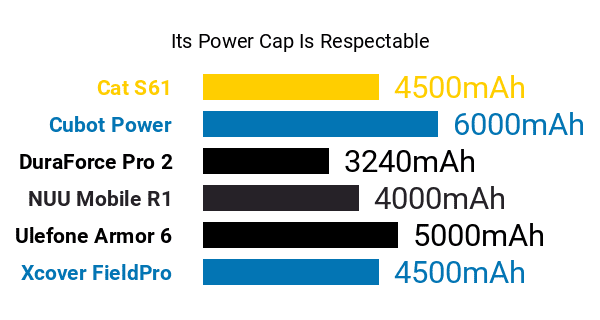 and 4GB of RAM, while a 64GB native memory extendable by up to 512GB is on storage duties. Also on board is Samsung's signature KNOX security suite and an LTE Cat 11 adapter with 3CA support.

whose pixel resolution is much higher that what a good number of other rugged Android phones offer.

Summing up, this Xcover edition is made for field workers and those who are always out on outdoor adventures.

** This phone is also known as: Samsung Xcover FieldPro