Like all other XCover models that came before it, the 2020 Samsung Galaxy XCover Pro is a rugged smartphone whose pros and cons are housed inside an IP68- and MIL-STD-810G-rated shell

, basically making it impervious to liquids and giving it native resistance to accidental drops onto concrete or other hard surfaces from up to 1.5 meters.

aside, this XCover edition settles for mid-end hardware cons only, such as an Exynos 9611 eight-core engine clocking in at only 2GHz

-- a few of its eight-core-powered contemporaries use chips that peak at over 2.5GHz. Its CPU is accompanied by 4GB of RAM while a middling 64GB internal memory

that can at least be expanded by up to 512GB takes charge of the storage front.

Don't Buy The Samsung Galaxy XCover Pro Before You Check:

, which makes it double up as a mobile cash register, and its Google AR Core augmented reality suite

. It also reminds us of a few imaging-driven contenders with its 25- plus 8-megapixel double-lens rear camera

. Up front sits a 13-megapixel fixed-focus f/2.0-aperture selfie cam that sounds just about right for a phone with its kind of semi-high end specs. 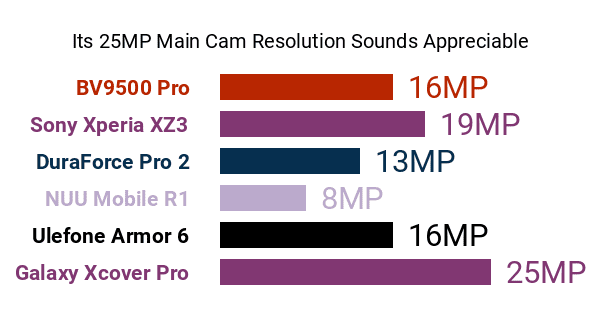 Although it does not sound that impressive compared to those of the best multimedia phones listed here on Phonerated, the XCover Pro's 6.3 FHD+ (2400 x 1080) screen sounds satisfactory to us, especially with Wet Touch and Glove Mode leading its features.

Joining the mix are two programmable keys, a side-mounted fingerprint scanner, and a 4050mAh removable battery accompanied by a 15W fast-charging system. It comes with either one or two SIM card slots and it runs Android 10 out of the box. 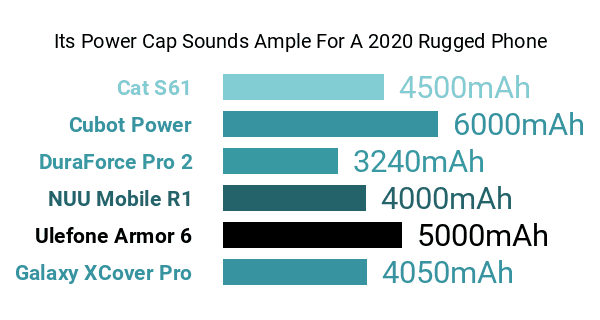 So, insofar as our review of its pros and cons is concerned, this 2020 Samsung release befits those eying an enterprise-ready smartphone to be used largely for business.

** This phone is also known as: Samsung XCover Pro