The Sony Xperia L4 is a 2020 addition to the brand(')s middle-class Android smartphone lineup, with somewhat unsurprising mid-end cons, such as a 720p-only screen resolution

Don't Buy The Sony Xperia L4 Before You Check:

Despite its aforementioned middling screen sharpness, though, the L4(')s 6.2-inch facade is one of the market(')s widest, with an aspect ratio of 21:9

, bringing to mind some high-ranking wide-screen phones featured here on Phonerated. Also, its 64GB native storage can be expanded by up to 512GB, which sounds passable in our book.

Its biggest pro, however, would have to be its triple rear camera setup

, which consists of a 13-megapixel f/2.0-aperture main lens, a 5-megapixel ultra-wide-angle (117 degrees) lens for landscape shots, and a 2-megapixel depth sensor for things like bokeh photography. Feel free to pit it versus what some of the leading photography smartphones offer here. Sitting on the opposite end is an unpromising 8-megapixel front cam aided by a display flash function (Though a full-blown frontal LED light would have been much nicer) and HDR. 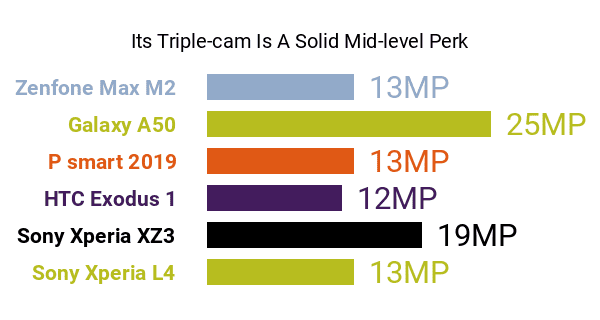 Its hardware pros and cons include an eight-core 2.2GHz MediaTek Helio P22 engine and a 3GB-only RAM

, both of which were telltale signs of a mid-level smartphone around the time of this data-driven review. It also has a 3580mAh battery, which, although will not be plugging it into our list of the best big-battery models, is not too shabby. 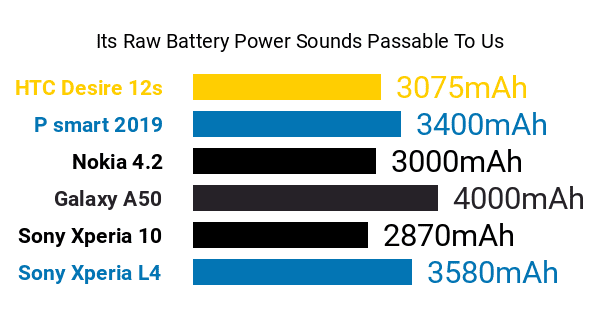 A few more of its features include a fingerprint sensor for security, LTE Cat 6 connectivity, and a standard 3.5mm headset jack. It comes with a nano SIM card slot (a two-SIM model is also available) and it dons either a Black or a Blue finish.

Long story short, the Xperia L4(')s pros and cons make it a fitting choice for budget-cautious shoppers who want an expansive display and multi-lens photography.