Hovering somewhere between the budget-tier and mid-range smartphone categories in terms of technical pros and cons, the T-Mobile REVVLRY runs on a 1.8GHz octa-core processor

that won't likely plug it into Phonerated's list of the best eight-core phones in town, seeing that most models on that list support their specs with at-least-2GHz octa-core chips. Its aforementioned processor is coupled with no more than 3GB of RAM, while a so-so 32GB native memory

that can at least be expanded by up to 256GB, takes charge of the storage front. 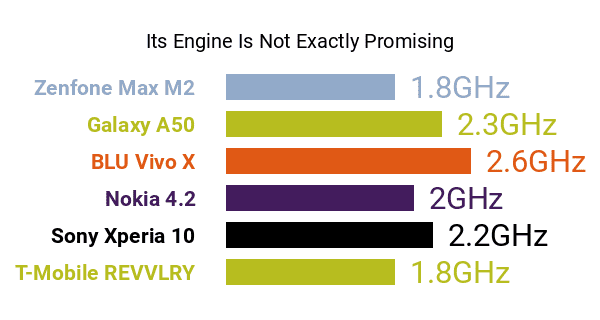 Don't Buy The T-Mobile REVVLRY Before You Check:

, which reminds us of the displays rocked by some of the best large-screen smartphones available as of this on-paper review.

This 2019 T-Mobile release is not without a few appreciable pros, however, one of which is its 3000mAh wireless-charging-enabled battery

. Furthermore, it features a water-repellent coating

and it combines both fingerprint- and face-based security

, whereas many of its mid-level rivals offer only one or the other. 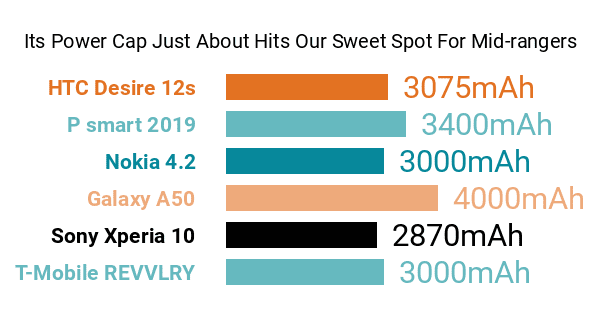 Photography-wise, the REVVLRY's 13-megapixel LED-flash camera sounds rather mundane compared to those of the best camera phones, although its 8-megapixel flash-rigged front cam

sounds like a nice pro to us, since not a lot of models within its price group sport dedicated frontal LED flashes. 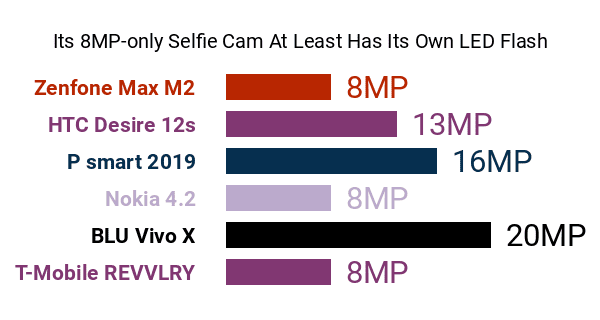 Joining its list of pros and cons is a 2-year warranty and the Android 9.0 Pie platform, topping it off as a passable option for budget Android shoppers who are meticulous when it comes to battery life and screen space.