A ruggedized low-caliber smartphone, the Ulefone Armor X2 is a cumbersome 256g-heavy

and no more than 2GB of accompanying RAM

. In comparison, a good number of other rugged contenders listed here on Phonerated run on eight-core engines and do not go any lower than 3GB of RAM. 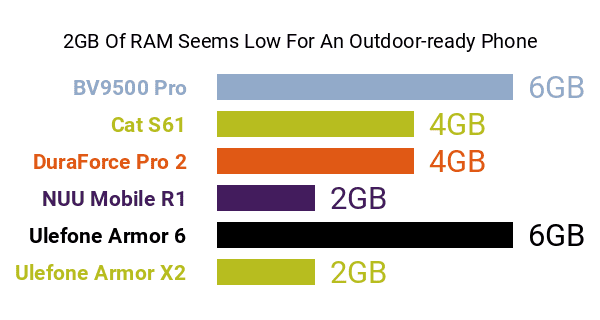 Don't Buy The Ulefone Armor X2 Before You Check:

Adding to its unsavory specs is its 3G-only network compatibility

, especially since 4G-LTE was already considered a staple smartphone facet around the time of this review of its technical pros and cons.

The Armor X2 is not without a couple of selling points, though, the biggest of which is its generous 5500mAh lithium-polymer battery

, which scores a solid 20-hour talk time and lasts for a little over 10 days on standby. By the way, don't miss out on our list of the best high-endurance smartphones here. It has an IP68 rugged rating

, which essentially means that it's body is impervious to things like dust grains and liquids. Additionally, it can withstand accidental drops onto hard surfaces from up to 1.2 meters and it is built to survive immersion under a meter of concrete for up to 24 hours. 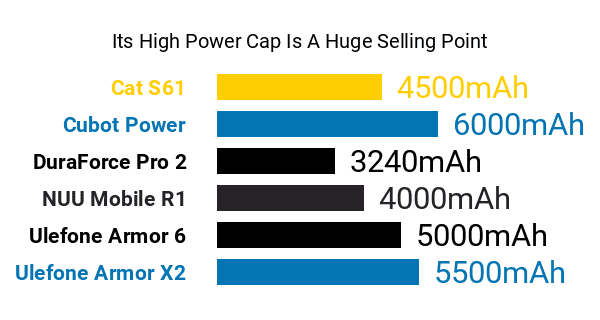 Heading over to its cameras, this Armor edition offers a reasonable double-lens primary camera 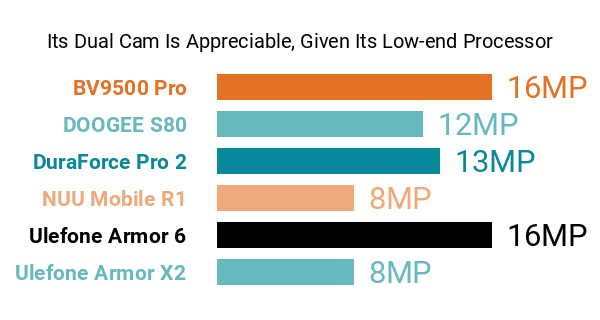 The X2 features a so-so 5.5-inch 1440 x 720 HD+ display, a side-mounted fingerprint sensor promising a 0.1s response time, and a mix of metal, polycarbonate, and glass fiber for the rest of its exterior. Also on board is a 16GB native memory extendable by a maximum of 128GB, while its color options include Dark Gray and Rose Gold.

With the remainder of its pros and cons consisting of an NFC (Near Field Communication) adapter and the Android 8.1 Oreo OS, the Armor X2 winds up as a reasonable purchase for outdoorsy users who want a rugged, big-battery smartphone.

** This phone is also known as: Ulefone X2