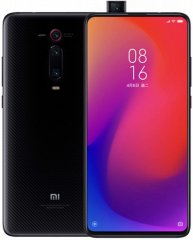 -- a good number of competing high-end smartphones pack twice as much storage and offer external memory card slots. Also, it only has 6GB of RAM

, which we flagged as a slight drawback, relative to its processor, not to mention that some of its closest rivals lug at least 8GB on that front.

Don't Buy The Xiaomi Mi 9T Pro Before You Check:

Those hardware cons aside, the Mi 9T Pro was still one of the fastest smartphones listed here on Phonerated around the time of this specs-based review, running on Qualcomm's three-cluster Snapdragon 855 processor

, which consists of a single-core 2.84GHz performance cluster, a triple-core 2.42GHz cluster, and a quad-core 1.8GHz cluster for day-to-day use. This engine powers its high-class gaming pros, such as the GAME Turbo 2.0 software, 4D touch (for shooter games), and game environment sensing. It also claims to perform cooler versus other gaming contenders with its 8-layer graphite heat-dissipation system

The rest of its features include an AI-powered triple camera

consisting of a 48-megapixel main lens, a 13-megapixel wide-angle lens (124.8 degrees), and an 8-megapixel telephoto lens for 2x optical zooming, consequently calling up our list of the best photography smartphones in town. Also on board is a 20-megapixel pop-out selfie camera

that just about lines up with those of some popular selfie-driven contenders. 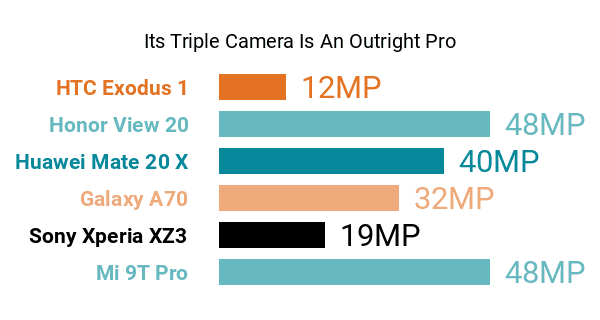 , despite some of its contemporaries rocking 2K-1440p displays. On the flip side, its in-screen fingerprint reader and 4000mAh battery pack sound appreciable to us. Its color options include Flame Red, Carbon Black, and Glacier Blue, with the Android 9.0 Pie OS overlaid with MIUI 10 tying everything together.

So, given its array of pros and cons, the Mi 9T Pro primarily caters to heavy mobile gamers and those who are fond of mobile photography.

** This phone is also known as: Xiaomi 9T Pro