A more economical version of the original Redmi 7, the Xiaomi Redmi 7A drops from its ancestor's 4GB RAM count to only 2GB

, which, at the time we were reviewing its pros and cons, was more common among budget smartphones than among middle-class contenders. At the very least, it bumps up the Redmi 7's 1.8GHz-only eight-core engine to a Snapdragon 439 chip running at 2GHz

, although we do not see it joining Phonerated's list of the best octa-core phones any time soon.

Don't Buy The Xiaomi Redmi 7A Before You Check:

Joining its cons is a 32GB-only internal memory

, if only because a few of its mid-level competitors start out with 64GB of storage. That said, it does support up to 256GB of extra storage.

Display-wise, the Redmi 7A's 5.45-inch 18:9 display does not sound that promising compared to what some of its closest rivals offer, especially when taking into account its 720p-only resolution

and so-so 295ppi pixel density only

-- the best phablets in town do not settle for anything less than an FHD/FHD+ (1080p) definition and score at least 400ppi. 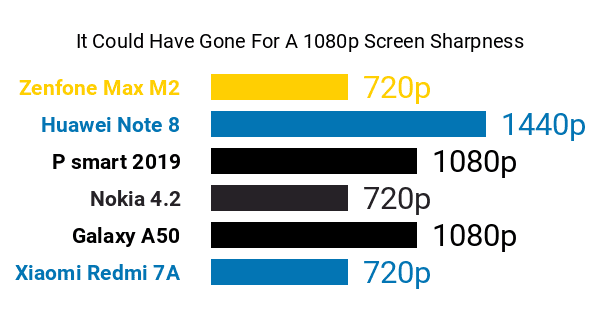 As for its pros, this Redmi edition packs a robust 4000mAh battery

and a 30-hour maximum calling time. Don't forget to check out some of the best big-battery phones here. It also features a respectable 12-megapixel main camera bedecked with things like AI Beautify

, phase-detection autofocus, and a standard single-tone LED flash. On the flip side, its 5-megapixel front camera is not as promising, although it does come with AI background blurring and HDR. 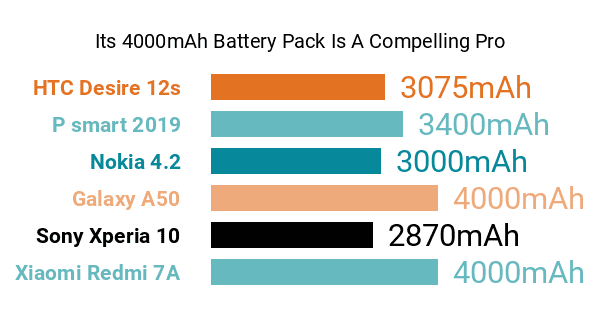 The Redmi 7A is also home to specs like an AI face unlock security system, two dedicated nano SIM card trays, and a splash-resistant coating. Speaking of coating, it is available in three Matte finishes, namely, Black, Blue, and Gold.

With the Android 9.0 Pie OS tying its pros and cons together, the Redmi 7A caters to budget-class smartphone shoppers who tend to be meticulous when it comes to battery life.