Essentially a budget Android with a couple of mid-level specs, the ZTE Blade A7 Prime targets those eying a not-so-pricey wide-screen smartphone. It touts a 6.1-inch IPS facade with a 19.5:9 aspect ratio

that sounds expansive, at least compared to the 16:9 or 18:9 screen solutions offered by a few other sub-$100 models (It was offered by Visible for 99 dollars as of this on-paper Phonerated review). Sadly, though, its screen is marred by a 1560 x 720 HD+ definition

and a 276ppi-only pixel density count

, whereas a good number of competing phones with tantamount pros and cons sport 1080p, 400ppi displays.

Don't Buy The ZTE Blade A7 Prime Before You Check:

that will likely get bullied by those of the best selfie-driven phones around. Having said that, its 16-megapixel f/2.0-aperture main cam

, which is decked out with electronic image stabilization (EIS) and a refocus feature, winds up as a slight pro in our book -- a few comparable models settle for 13-megapixel cameras only. 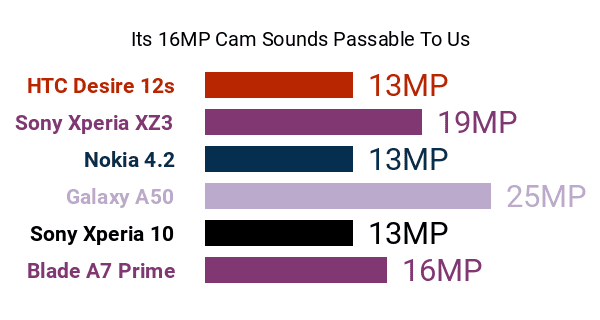 Even though its 32GB internal memory

sounds like an obvious con, we find it rather forgivable, taking into account its whopping 2TB external storage allowance

. Joining its memory under the hood is a basic quad-core processor running at 2GHz

and no more than 3GB of RAM.

and a typical rear-mounted fingerprint scanner. 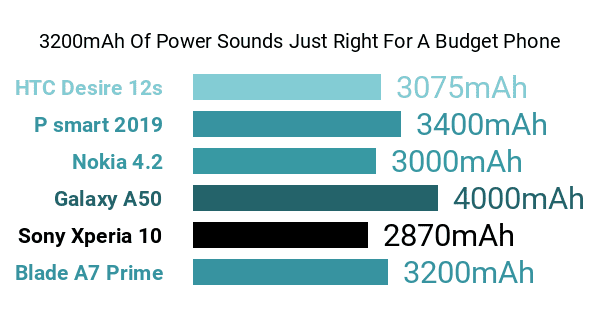 So, looking back at its assortment of pros and cons, the Blade A7 Prime could fit the bill for users who prefer wide displays and hefty multimedia storage, but don't want to go for a full-blown high-end model just yet.

** This phone is also known as: ZTE A7 Prime